The company went into voluntary liquidation in 1908 with "the object of rearranging the capital, for family reasons", at which time its books showed that that there were no debts outstanding.

The company was still described as being in liquidation when Alexander Gillespie died in 1911, although "the circumstances of the company are in no way altered, and its business will be carried on as heretofore"; the process finally came to a conclusion in 1926.

The former partnership of Gillespie, Sons & Co appears to have been resurrected during the liquidation process, possibly to keep the brewing activities going while the restructuring was being undertaken.

The company trademark was a crown.

Amongst the beers produced by the firm was 90/- Pale Ale. 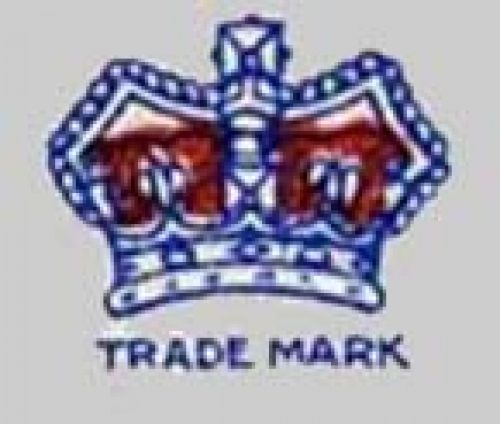 The Crown Brewery in Glasgow was designed by the well regarded brewery architect Peter Lyle Henderson.

The Crown Brewery in Dumbarton was originally known as the Dumbarton Brewery, and was occupied by Alexander Gillespie from around 1861.

The site has since been cleared, and is now  used for car parking.

We have a couple of images related to Gillespie, Sons & Co Ltd, but would welcome any other information or images linked to the company. 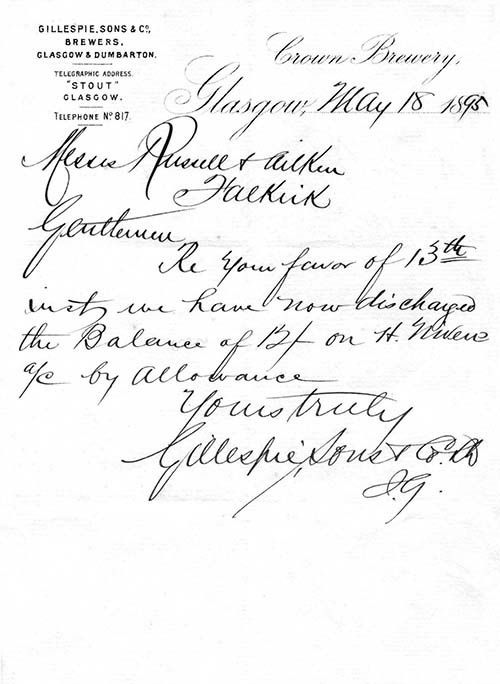 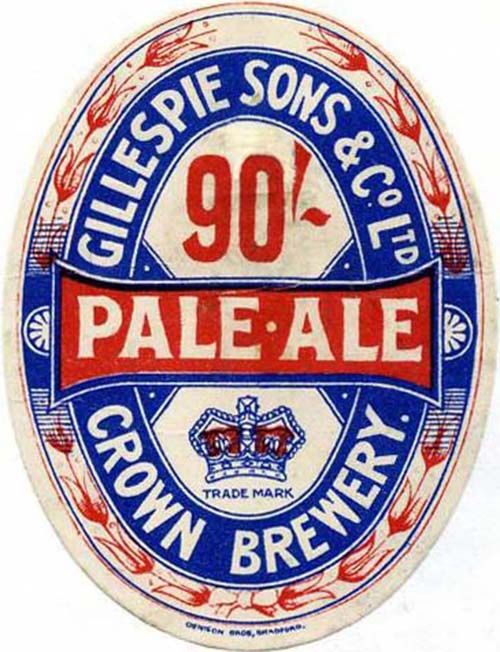 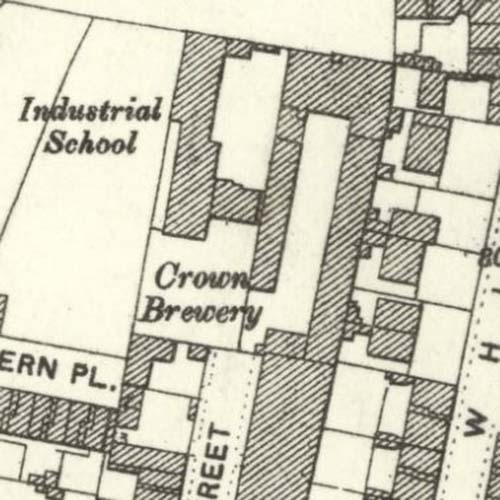 Map of 1892 showing the Crown Brewery in Glasgow
© National Library of Scotland, 2015