One of the partners, George Black, became the principal partner around 1855 and was in charge until 1887, when the brewery was sold to the partnership of Guild & Wyllie. When that partnership was dissolved, James Lyon Guild carried on the business on his account, trading as Guild & Co. The brewery was put up for sale, and sold at auction in 1913 for £1,000.

It was extended several times from 1867 to 1895 to designs by local architects Alexander Ross and Robert John Macbeth, including a kiln and malthouse. Finally, a maltings was added in 1897 designed by the well-known brewery architect Peter Lyle Barclay Henderson.

It was described as being a "2-storey and attic, 2- by 8-bay rubble building, with 1- and 2-storey extensions". 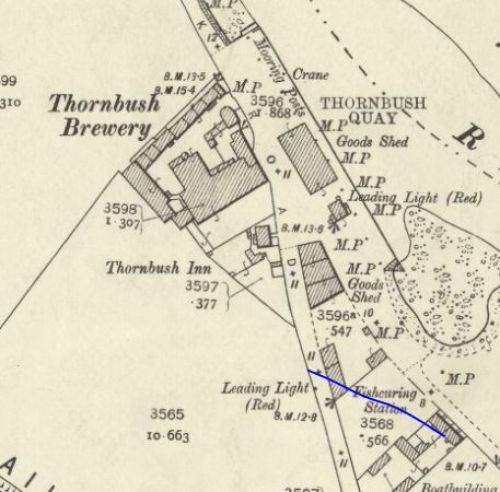 Map of 1903 showing the layout of the Thornbush Brewery
© National Library of Scotland, 2015 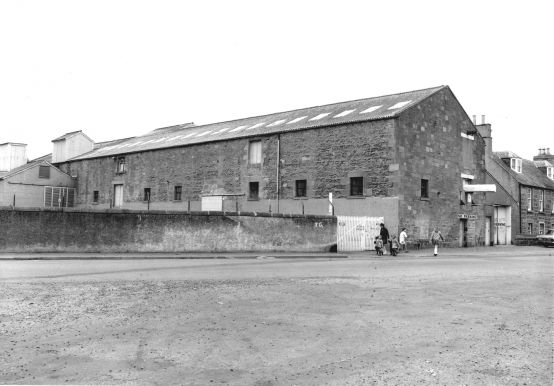 Most of the buildings still stand and can be seen from Kessock Road, and at the rear from Coronation Park. They are currently occupied by a plumbers' merchant. 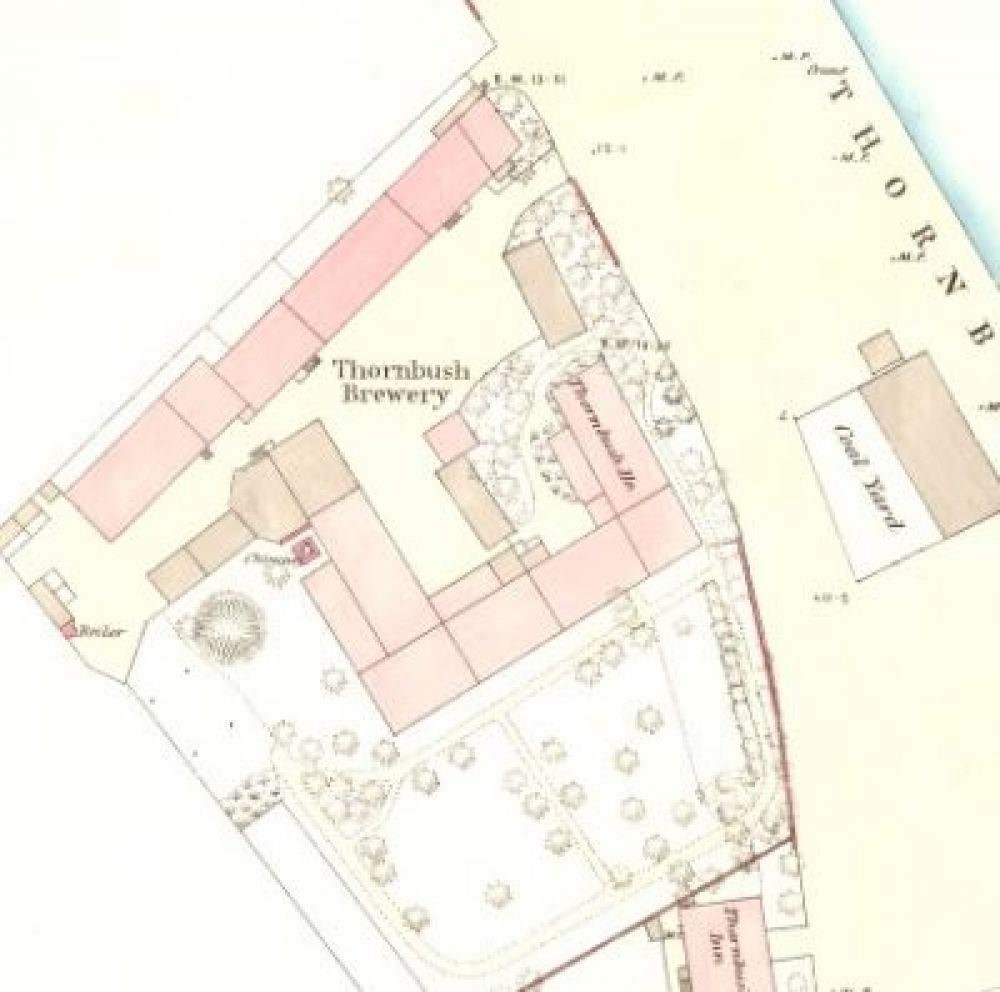 Canmore has a number of records relating to the Thornbush Brewery. Last accessed 19th July 2016.

Anon. Brewery and other property in Inverness for sale. Inverness Courier, 19th May, 1853.