When the partnership was dissolved in 1894, James carried on the business at the Thornbush Brewery under the name Guild & Co.

He was fined £35 in 1900 for selling ale and porter from the brewery store in Elgin in less quantities than permitted by his license.

We do not currently hold any images of items related to Guild & Co, and would welcome any information or images related to the company. 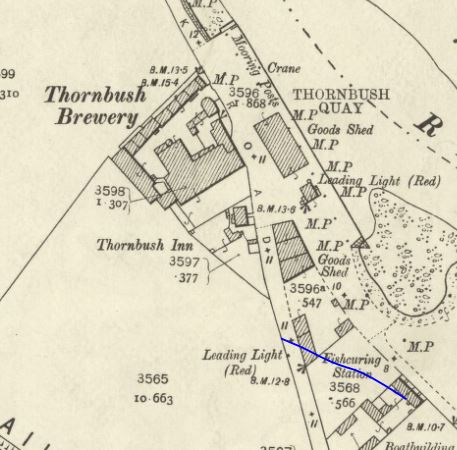 Map of 1903 showing the Thornbush Brewery
© National Library of Scotland, 2015