James Heugh Aitken was a great-great-grandson of John Aitken, the founder of the Falkirk Brewery. He studied brewing in Germany and England before returning to join James Aitken & Co in 1887. He became a partner in 1890 and then became responsible for the management of the firm in 1894. After his father John died he converted the firm into a limited liability company, James Aitken & Co (Falkirk) Ltd, and became its first chairman in 1900.

James was president of the Falkirk and District Licensed Trade Defence Association and a vocal opponent of the Temperance Movement. His house in Lint Riggs, which became the company's general offices on his death, has his initials 'JHA' and the date 1904 carved on its frontage.

He was an enthusiastic footballer, cricketer, curler and bowler, and won the Calcutta Cup for golf in 1893. He was also a Justice of the Peace from 1903 to 1909.

He died in 1933 and there were several hundred mourners at his funeral, which was followed by a cortège of over thirty cars. 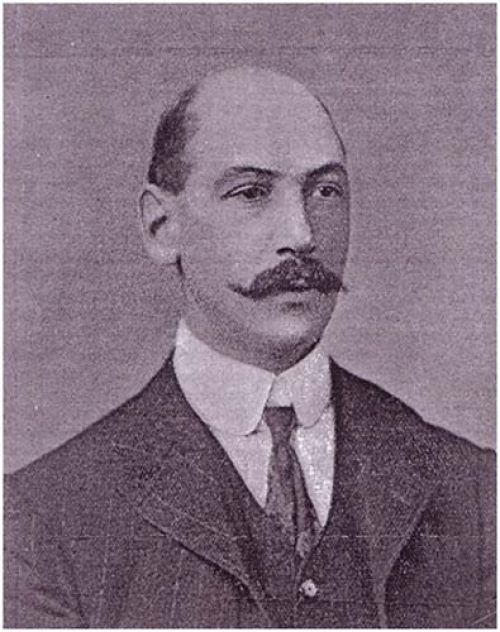