The Broad Street Brewery was in operation from at least 1825, when it was run by James Burden and his brother William, sons of Peter Burden of the Stirling Brewery. By 1861 it was in the hands of Robert McNicol, James Burden's son-in-law, and it was then sold to George Walker Duncan of Tullibody around 1893. In 1895 James Duncan, an aerated water manufacturer, took on the tenancy of the premises prior to moving to a purpose-built manufactory in Drip Road.

The building that housed the Broad Street Brewery is believed to have dated from 1529, and the windows on the roof were carved with the following inscription:

By the end of the nineteenth century it had become somewhat dilapidated and part of the building collapsed in 1904. It was acquired shortly after by the Town of Stirling and was eventually redeveloped as part of a council housing complex in the 1950s. 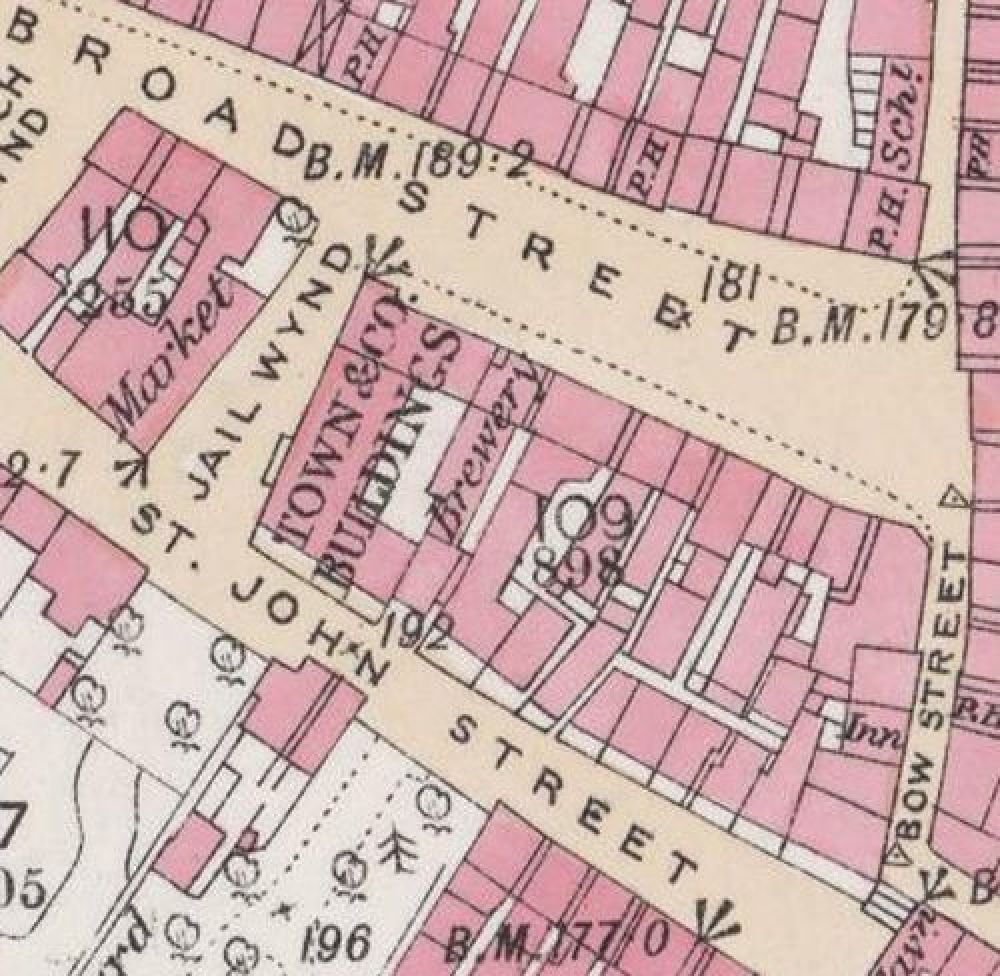 Map of 1860 showing the layout of the Broad Street Brewery
© National Library of Scotland, 2016 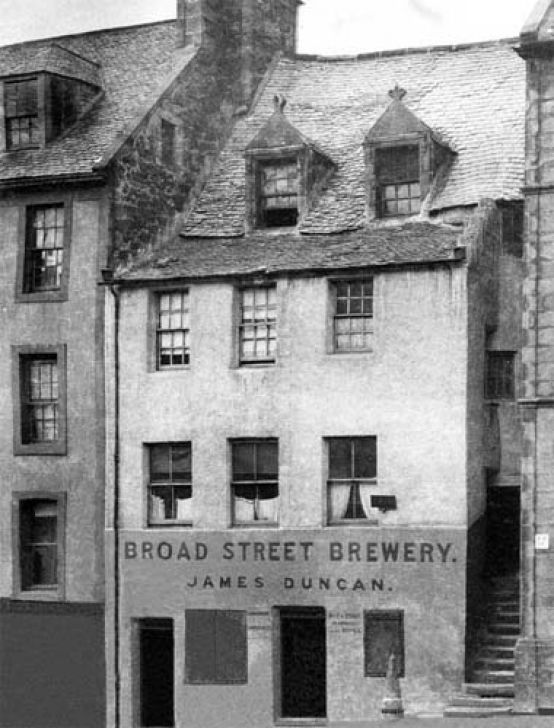 This picture shows the Broad Street Brewery when it was tenanted by James Duncan.
© John Hume, 2016

The Town of Stirling acquired the building that had housed the Broad Street Brewery in the 1900s, and it was eventually redeveloped as part of a council housing complex in the 1950s. 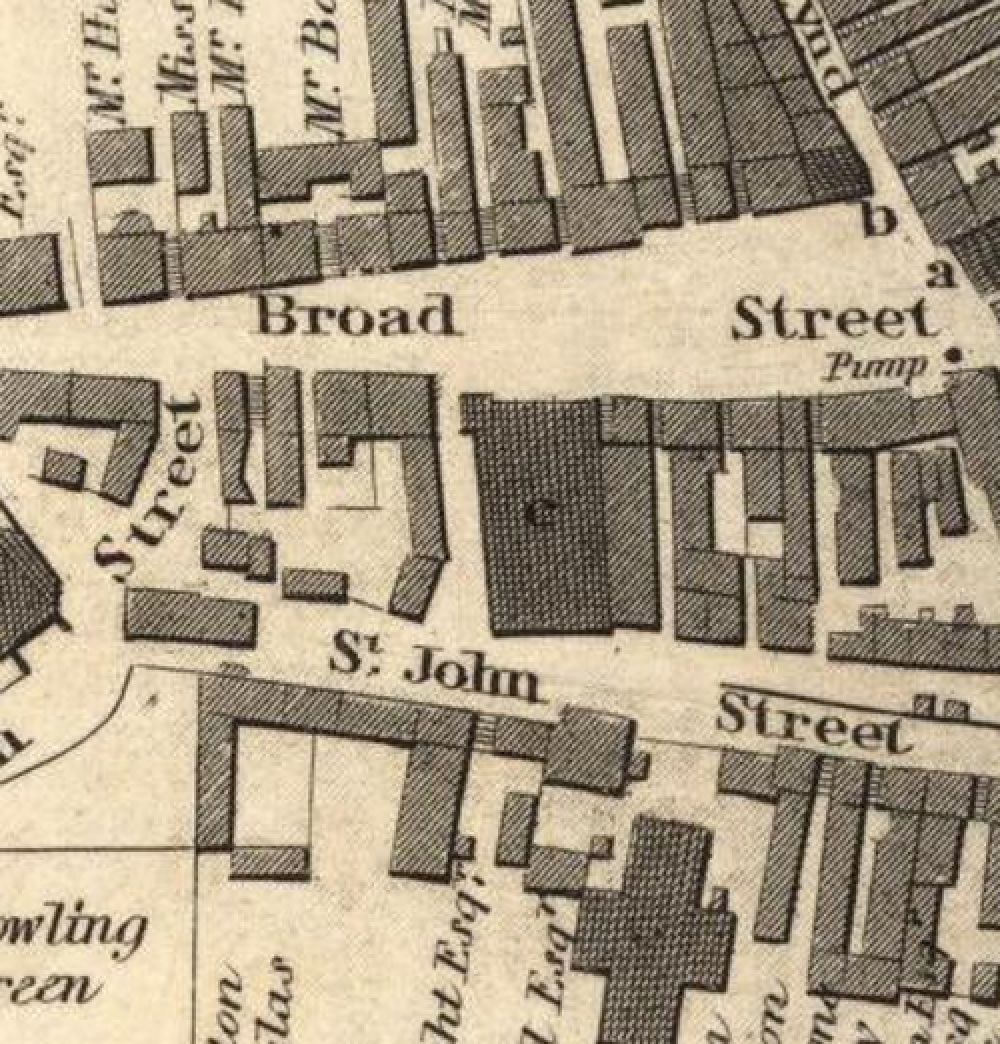 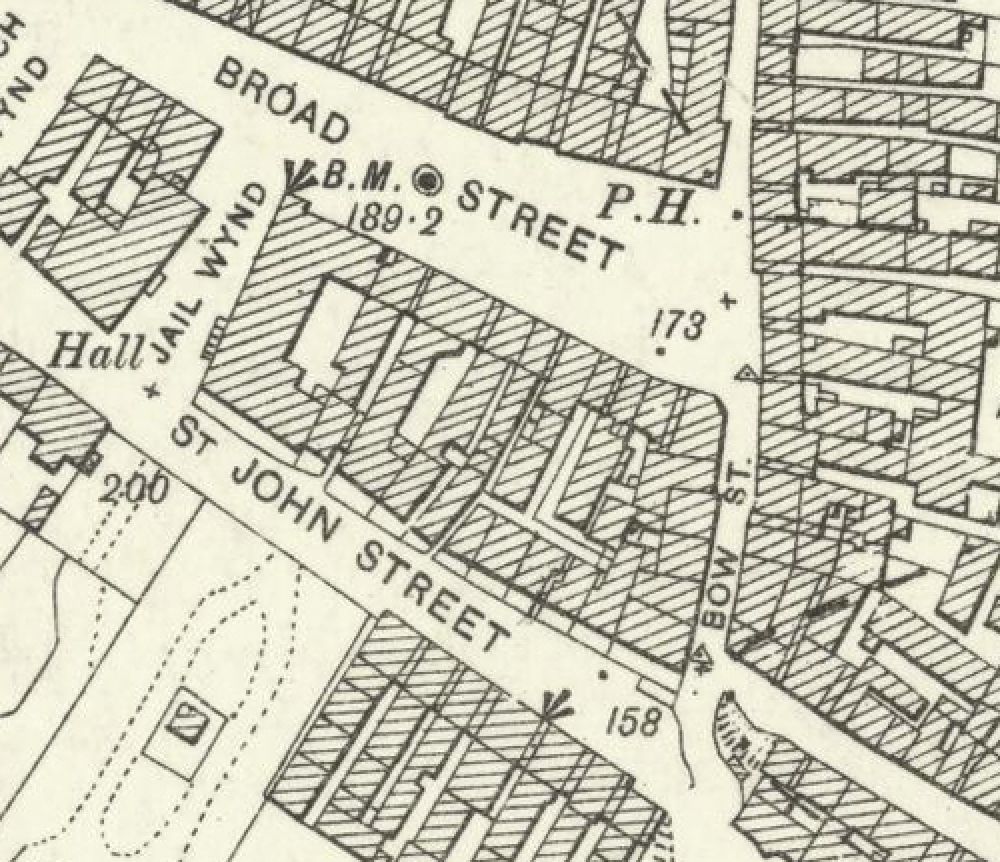