Robert McNicol had taken on the running of the Broad Street Brewery from his father-in-law, James Burden, by 1861. He was recorded as employing four men in 1861, five men in 1871, and three men in 1881. He sold the business to George Walker Duncan, a brewer from Tullibody, in 1893.

We do not currently hold any images of items related to Robert McNicol, and would welcome any information or images related to his business. 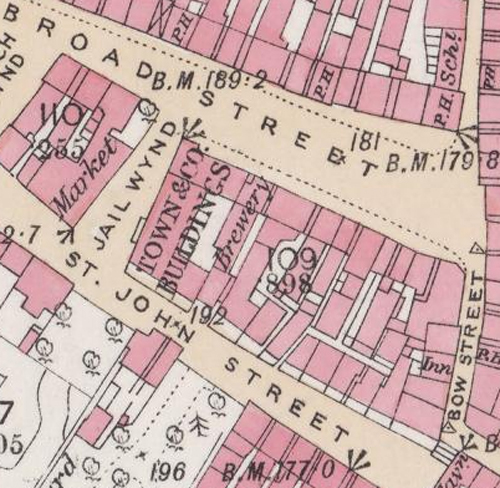 Map of 1860 showing the location of the Broad Street Brewery
© National Library of Scotland, 2016