Successive generations of the Burden family were involved in the running of the Stirling Brewery, and their habit of naming their sons Peter can be more than a little confusing. So, concentrate!

Peter Burden founded the brewery in 1795, and on his death in 1829 the business passed to his son, also Peter. Two of his other sons, James and William, ran the nearby Broad Street Brewery from around 1825.

When Peter died in 1843 the brewery then passed to his son John, who married Anne Eadie, a member of a noted brewing family from Blackford.

After John's death in 1852 the business was run by a Board of Trustees until John's son (also Peter!) took it on. Although Peter put the business up for sale in 1880, he was still the owner when he died in 1892.

The business was then run again by a Board of Trustees under the management control of William Eadie, a nephew of Ann Eadie, until it was converted into a limited company in 1922 - Peter Burden Ltd.

The business's trademark was originally a gold dagger piercing a heart, and was then changed to a view of Stirling Castle.

Amongst the beers produced by the firm were India Pale Ale, Mild Pale Ale, and Sparkling Table Beer. 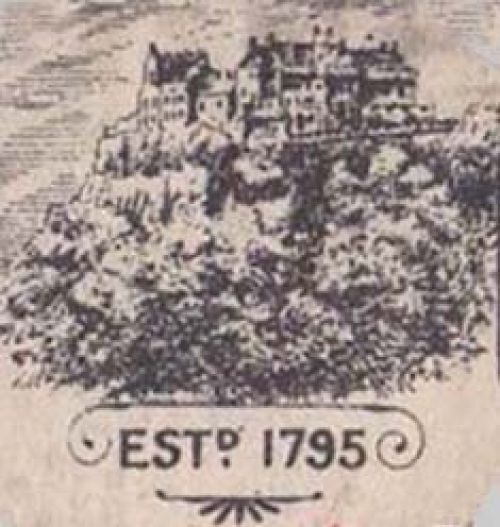 The Stirling Brewery was founded in 1795 at the rear of the Black Bull Inn on St Mary’s Wynd. 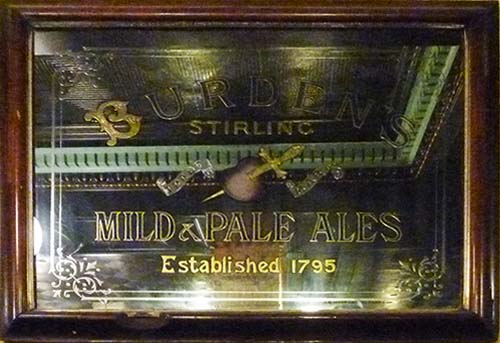 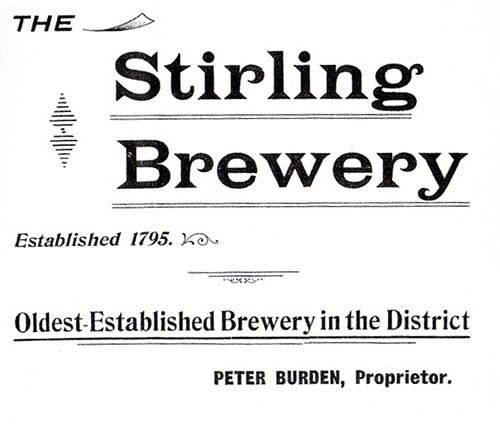 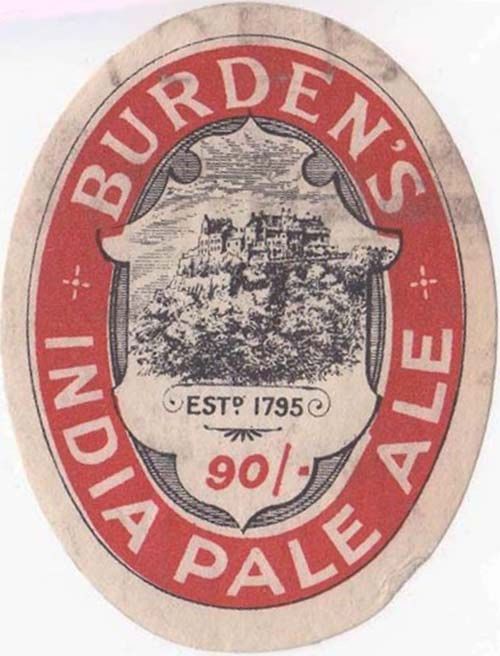 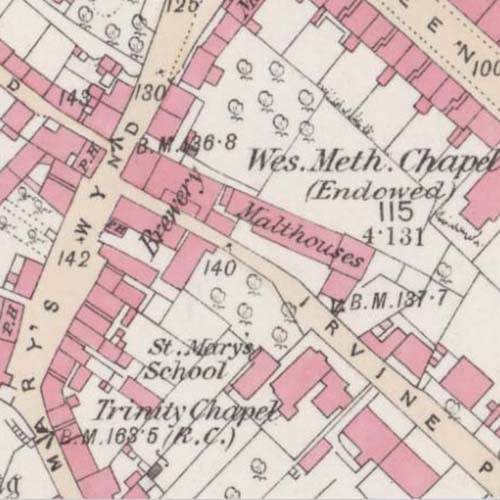 Map of 1860 showing the Stirling Brewery
© National Library of Scotland, 2015