Samuel Halket operated from the North Back of the Canongate from 1809, when he took on the premises which had probably been occupied by Alexander Law. He was in partnership with his brother David, trading as Samuel and David Halket, from 1810 to 1814, and then appears to have continued the business on his own account until 1817, when he was declared bankrupt and his brewery utensils were offered for sale. David Halket took on the business in about 1821.

We do not currently hold any images of items related to Samuel Halket, and would welcome any information or images related to his business. 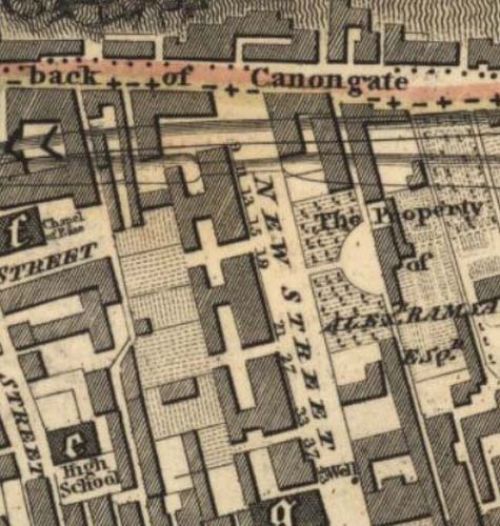 Map of 1817 showing the location of the Edinburgh Brewery opposite the north end of New Street
© National Library of Scotland, 2017