Alexander Law was briefly based in the North Back of the Canongate from about 1808, when he leased premises from William Murison. However, in 1809 he moved to Yardheads in Leith, where he was still recorded as a brewer in 1832. The premises in the Canongate were probably taken on by Samuel Halket.

We do not currently hold any images of items related to Alexander Law, and would welcome any information or images related to his business. 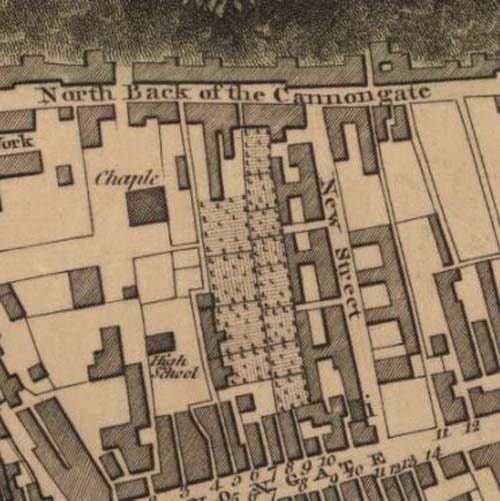 Map of 1804 showing the location of the Edinburgh Brewery opposite the north end of New Street
© National Library of Scotland, 2017