James Simson started his business at the Abbey Brewery in 1839, which had been previously occupied by Francis Vanhagen. By 1851 he was recorded as employing 7 men, and he built up a sufficiently successful business that he was able to expand into Edinburgh, where he opened the St Mary's Brewery in 1864. By 1871 he was employing 17 men at the Edinburgh site. His sons James and Alexander Tudhope Simson both joined the business, and after his death in 1874 it was renamed James Simson & Sons. Amongst the beers produced by the business were Mild Ale, India Pale Ale and Porter. 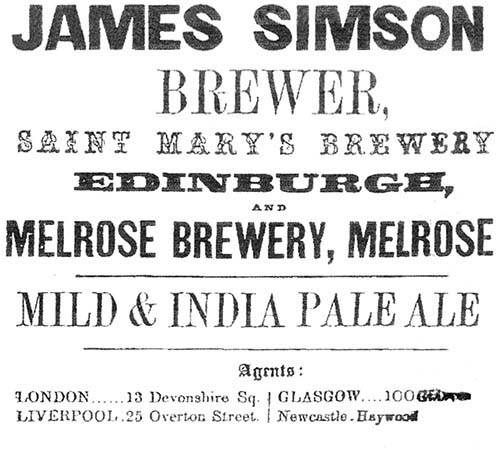 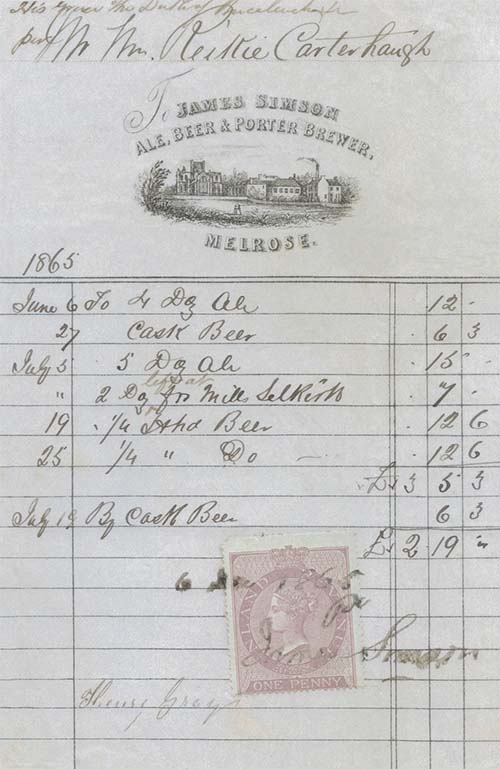 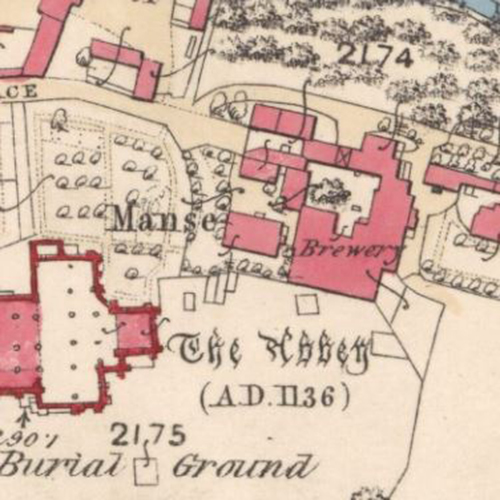 Map of 1859 showing the layout of the Abbey Brewery
© National Library of Scotland, 2016