Thomas Robertson took over the Bathgate Brewery in Chapel Lane in 1856, after it was put up for sale by Mr M. Wallace. He ran the business there until 1866, when he relocated to Engine Street into premises leased to him by Henry Robertson.

In 1867 Thomas became the Inspector of the Poor, and the new Bathgate Brewery was briefly leased by the partnership of Charles Robb and Peter Rolland, which traded as the Bathgate Brewery Company.

Although Thomas was recorded as the occupier of the buildings until 1874, he does not appear to have operated the brewery after 1867.

Amongst the beers produced by Thomas were Mild Ales and Pale India Ales.

The original Bathgate Brewery was established in the old tanworks in Chapel Lane.  After its sale in the late 1860s it became the site of the West Lothian Flint Glassworks.  Following a fire in 1924, the site was cleared for housing and new commercial buildings.

The new Bathgate Brewery lay "in the court opening to the south of the house tenanted by Mr Dodds, writer" placing it just to the north of the Royal Commercial Hotel.

We hold only one image of an item related to Thomas Robertson, and would welcome any information or images related to his business. 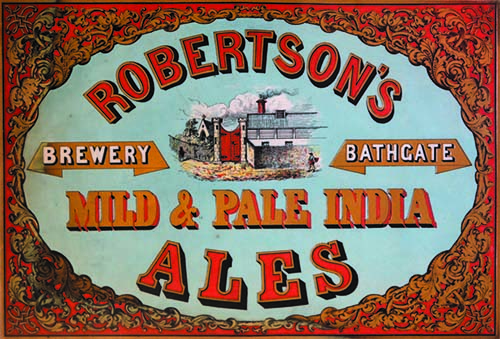 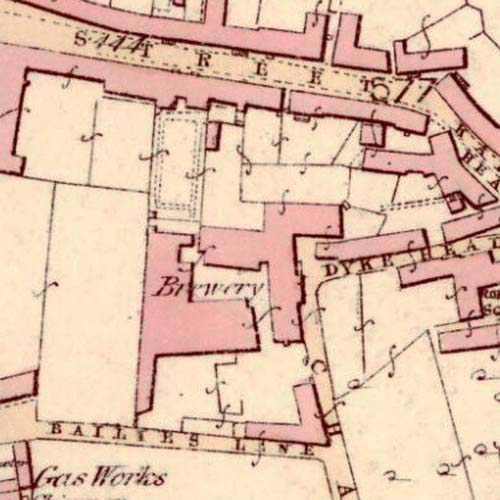