The partnership of Watson & Brown was formed by John Brown and James Watson in 1828. They established a successful brewing business at the Wallacetown Brewery, and then the Ayr Brewery, in Newton-upon-Ayr.

In 1833 they moved their operations across the river to Ayr, where they built the Ayr Brewery in Mill Street.

The partnership was dissolved in 1850, and James then carried on the business as James Watson & Son.

John Brown went on to run his own business as a malt and ale merchant until his death in 1853.

We do not currently hold any images of items related to Watson & Brown, and would welcome any other information or images related to the company. 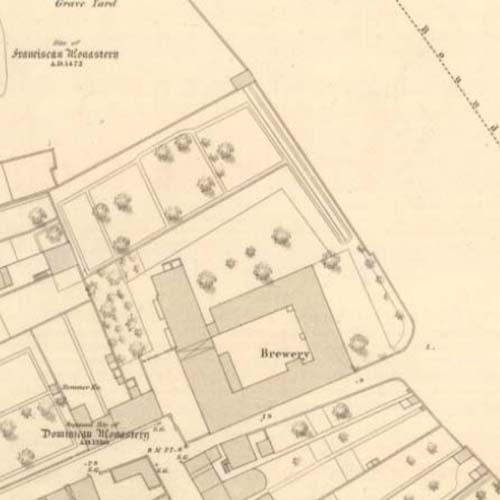