Business: A and J Young

The Elgin Brewery was established in 1784 by Robertson, Brander, Ritchie & Co, a consortium of local businessmen. The cost of the land, known as the Petty Manse, was £60.

The brewery, also referred to as the East Brewery, was bought by Alexander Young around 1803, and then transferred to his sons, who continued the business under the name A. & J. Young.

In 1898 the brewery was extensively damaged by fire, the cost of which was estimated at no less than £10,000.

Although new buildings were erected, the brewery only stayed in operation for a little over ten years: in 1912 it was bought by the town for £7,000, and demolished to improve the view of Elgin Cathedral. 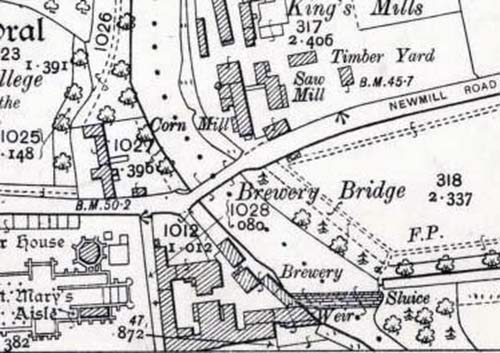 Map of 1904 showing the layout of the Elgin Brewery.
© National Library of Scotland, 2016.

Current Use: Part of Cathedral grounds 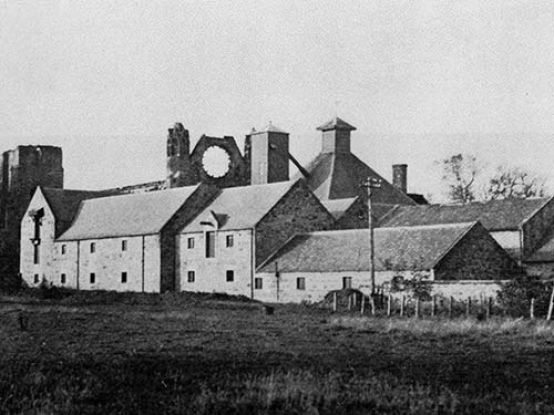 This view shows the rebuilt Elgin Brewery, which was damaged by fire in 1898.

This view shows the area cleared to improve the view of Elgin Cathedral. 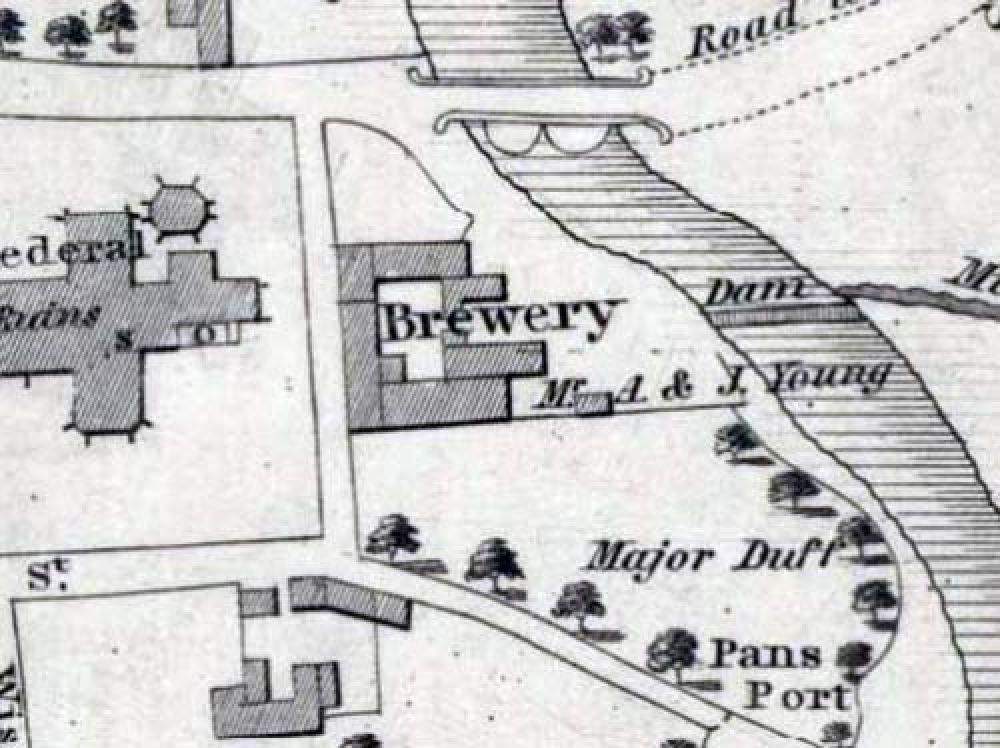 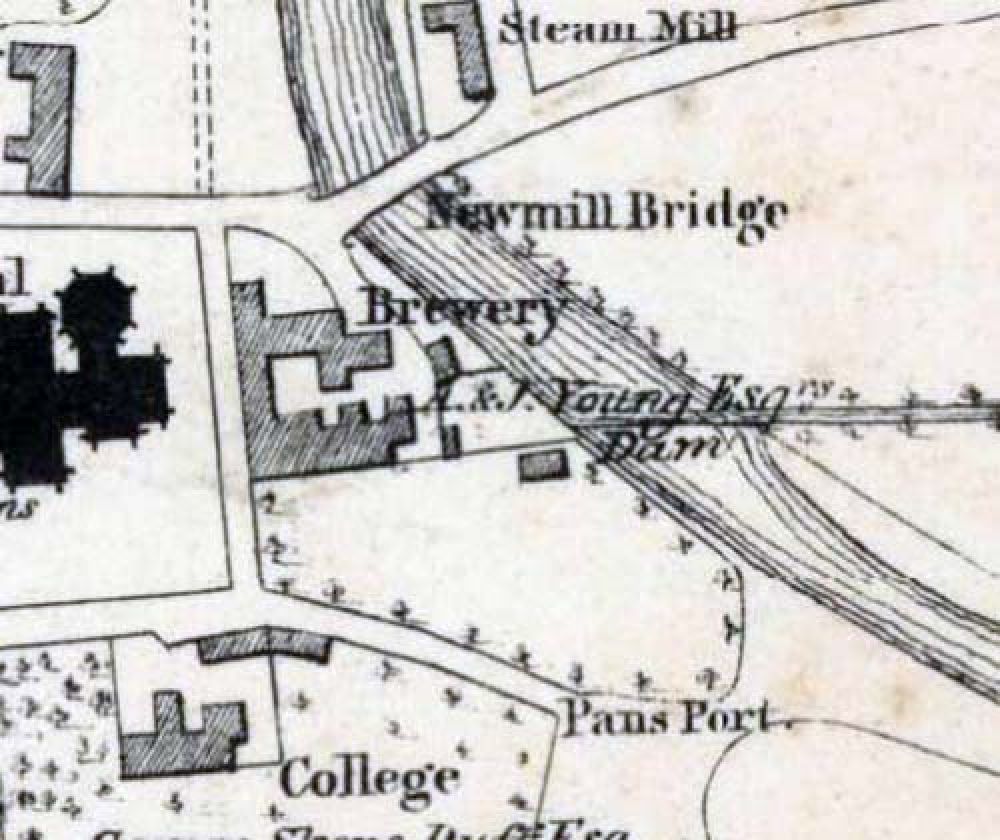 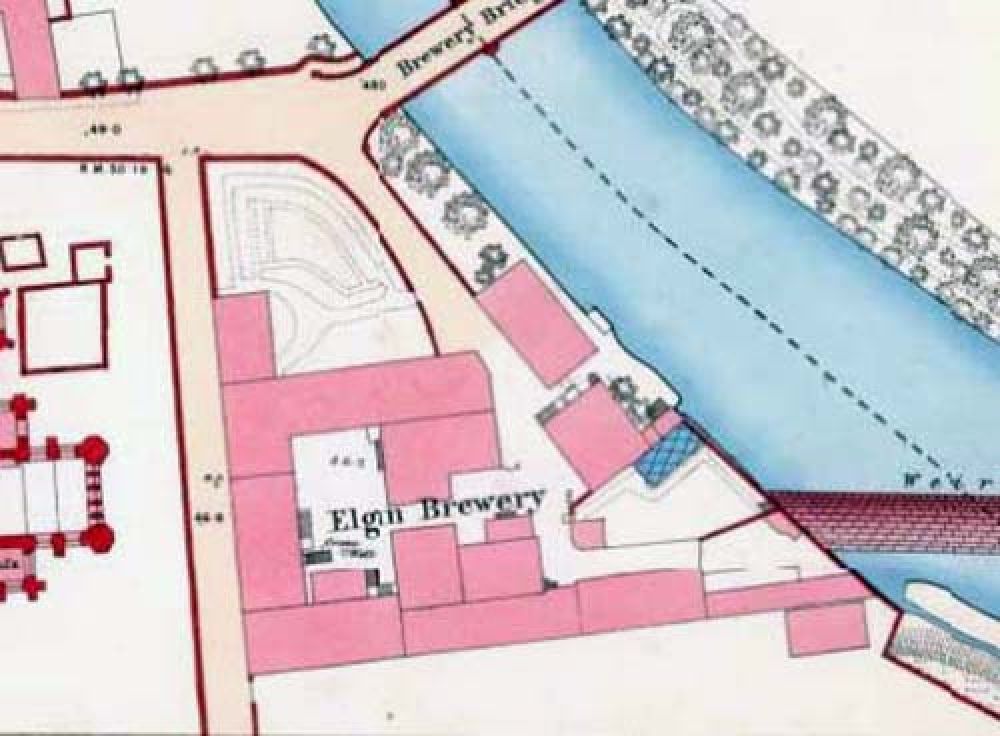 Canmore has a record relating to the Elgin Brewery. Last accessed 19th July 2016.