The Sacell Brewery in King Street, which was also known as the Saucel Brewery, was first owned by Adam Pattison. It then passed through the hands of a number of owners: James Harvey and his partners Robert Cowan, Peter Murdoch, James Warroch, James Hopkirk and James Gordon (until 1801); James Chep & Co (1801-1820s); and finally the Sacell Brewery Company (1829s-1900s).

The brewery was described in the 1960s as "a 3-storey, 13-bay block, probably originally maltings, with 2 kilns". The buildings were eventually used as bonded warehouses by the Distillers Company Ltd, and as an office block by Millen Brothers, shipbuilders. 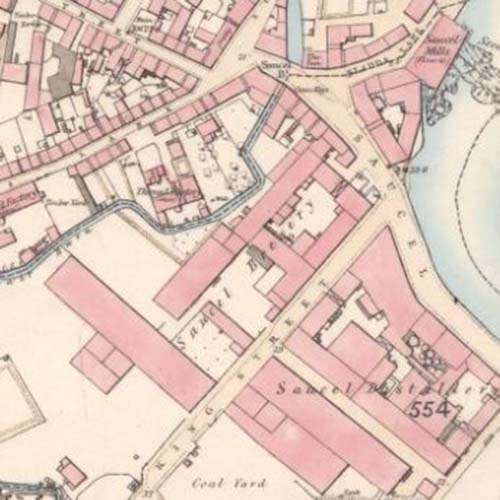 Map of 1858 showing the layout of the Sacell Brewery.
© National Library of Scotland, 2016. 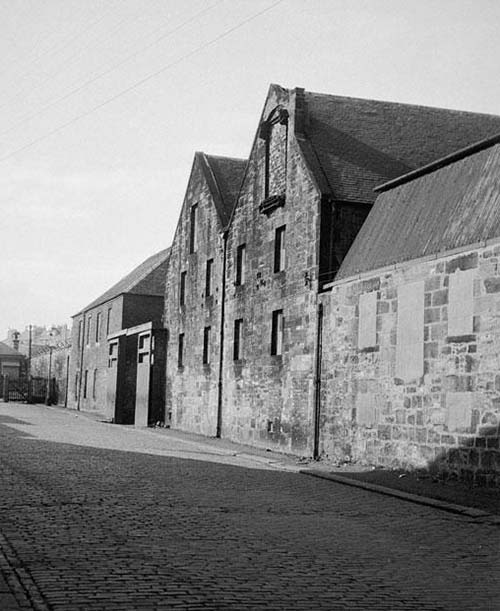 The area has been cleared and is now part of a development of modern housing. 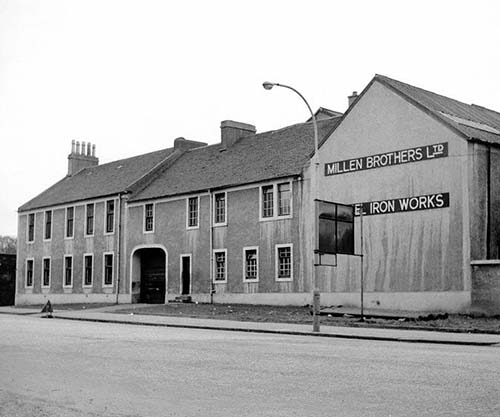 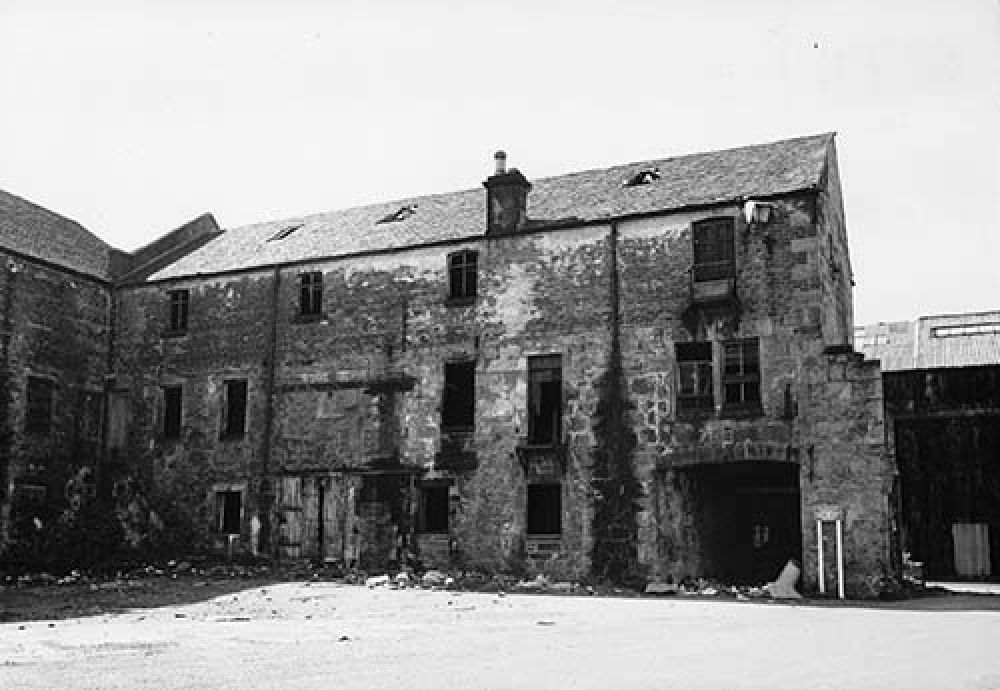 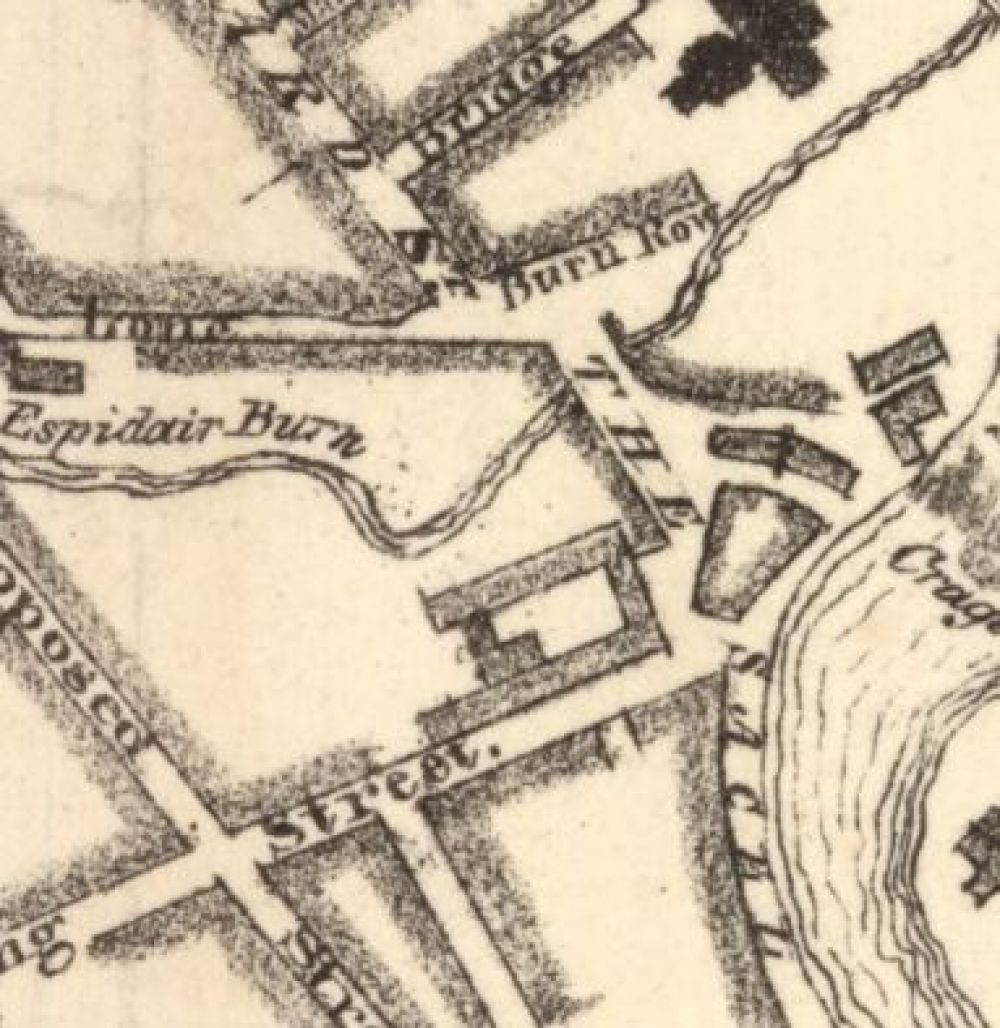 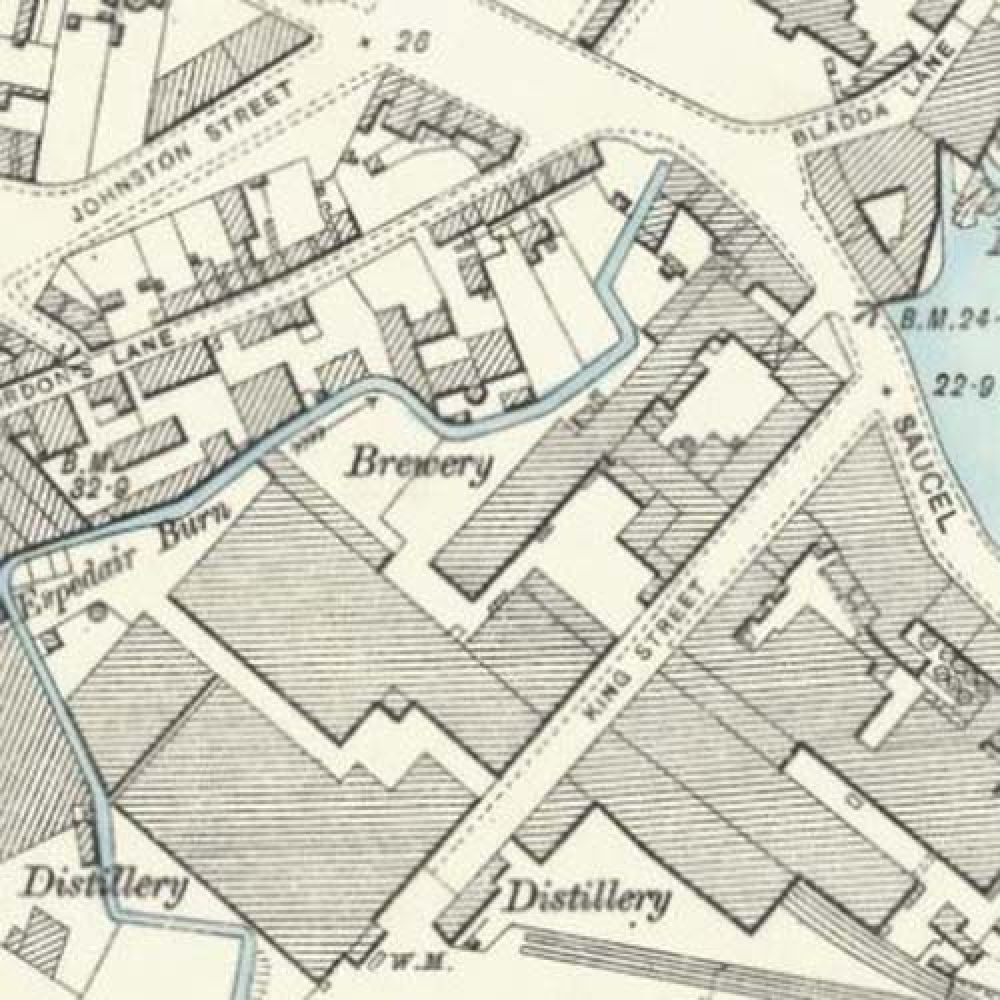 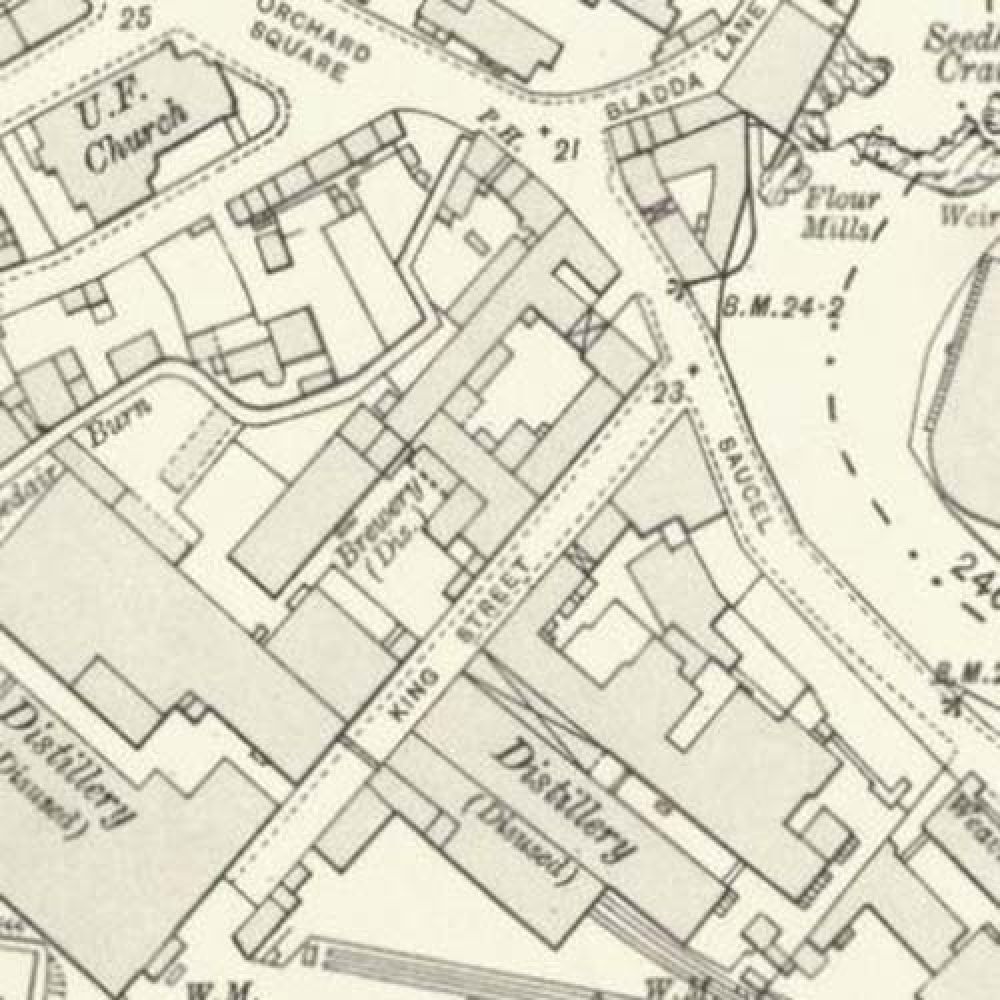 Canmore has a number of records relating to the Sacell Brewery. Last accessed 19th July 2016.