The New Brewery (whether this was its official name is speculative) was built by James Hope in 1837 at a cost of £5,000 (just under £0.5m in today's money) next door to the Annan Brewery, where James had previously been part of the partnership of Gass & Hope.

When James was declared bankrupt in 1841 the brewery was offered for sale or to let, and was described as comprising "brew-house, steam engine, cast-iron mash tun, malt kiln, granaries, cellarings, stables, etc.; also an excellent dwelling house".

It was re-offered for sale several times, and was variously used as a depot for the Caledonian Railway Co, a bacon curing factory, and finally as a tannery.

Scaurbank House (the excellent dwelling house referred to above) still survives, as does the entrance to the brewery grounds. 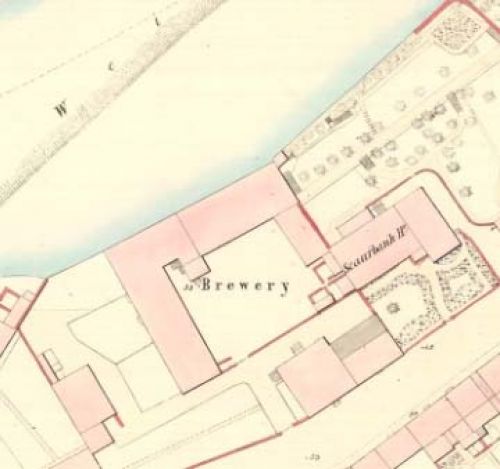 Map of 1859 showing the layout of the New Brewery and Scaurbank House
© National Library of Scotland, 2015

Sadly we do not have a picture of the New Brewery. Please contact us if you have one! 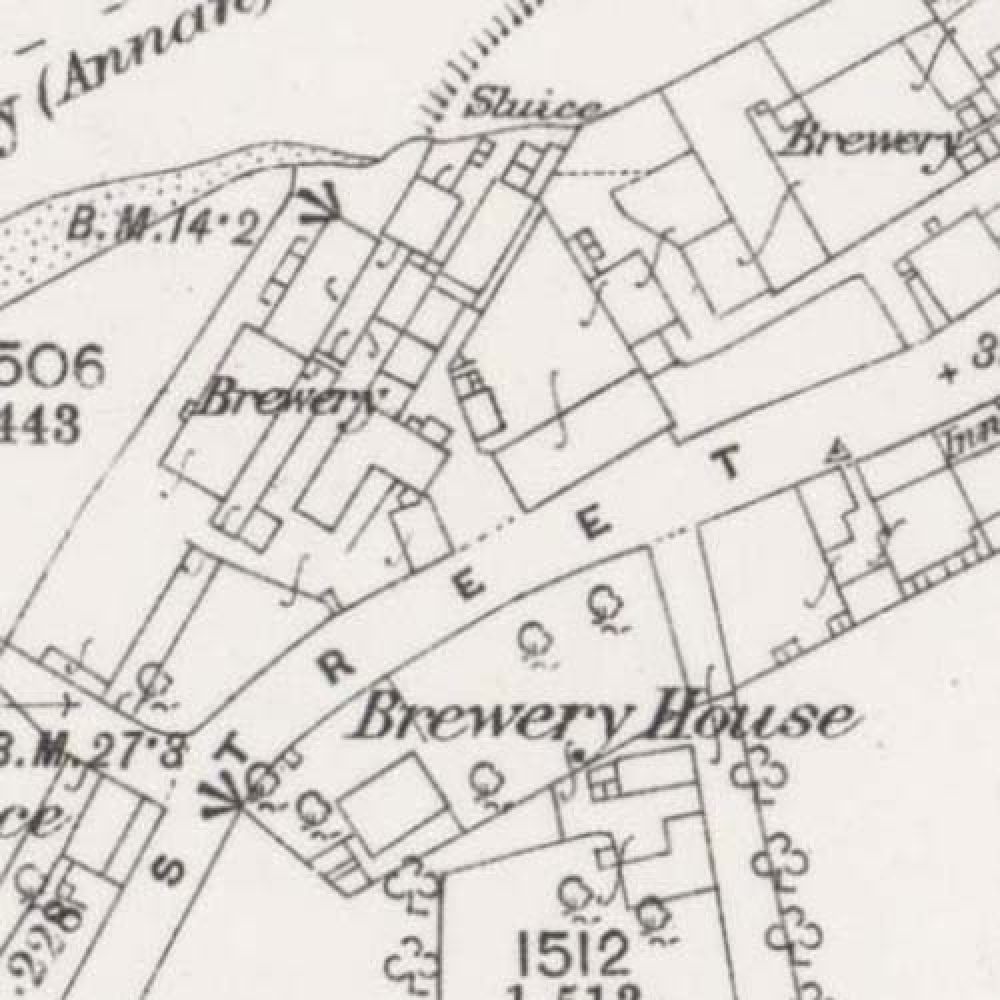 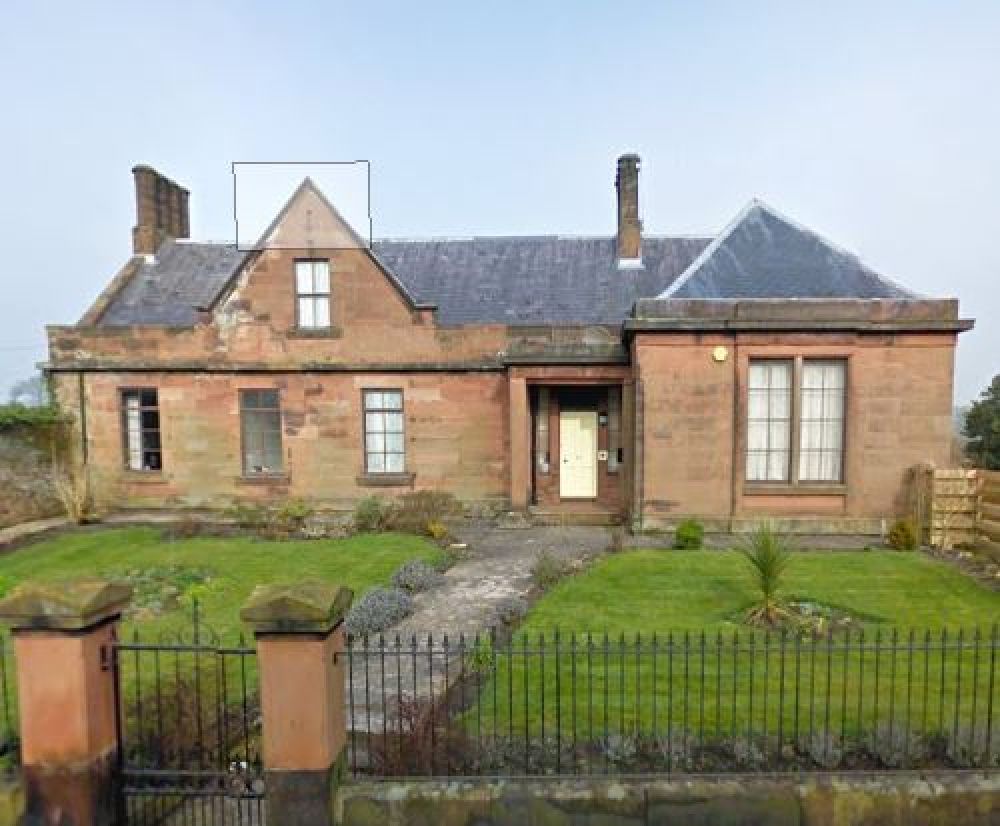 Anon. Extensive premises for a brewery or other purpose, for sale. Glasgow Herald, 17th October, 1860.