Alexander (Sandy) Howden inherited the Nungate Brewery from his father, also Alexander, in 1811. He brewed there until at least 1841 along with his brother David, and extended the complex by building a malthouse on the opposite side of the road. By 1851 the complex had been leased by John Walker.

The Nungate Brewery was described as "a small building used as a brewery in good repair with kiln and the necessary offices attached"and later as "consisting of brew-house, dwelling-house, and others on one side of the road, and a kiln, granary, and malt barn on the other side of it". 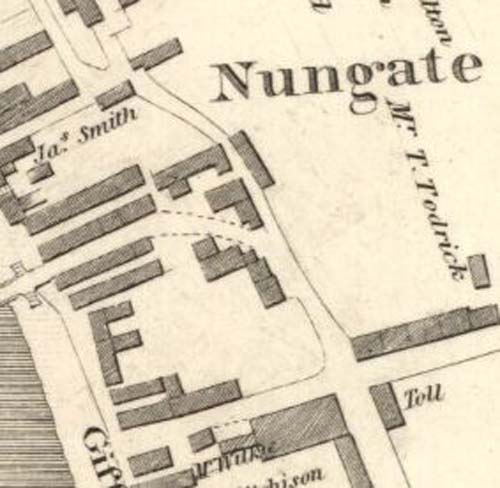 Map of 1819 showing the location of the Nungate Brewery
© National Library of Scotland, 2018