The partnership of James Key & Son was probably established when James Key, the owner of the Crail Brewery, acquired the Anstruther Brewery from John Russell & Co in 1858, for £1,150. James's son, John Melville Key, ran the brewery until his death in 1874, when his brother William took over the running of the business.

When William retired in 1905 he sold off the Anstruther Brewery and associated aerated water interests, and handed over management of the Crail Brewery to his brother, Thomas. The business continued to operate until about 1914.

We do not currently hold any images of items related to James Key & Son, and would welcome any information or images related to the company. 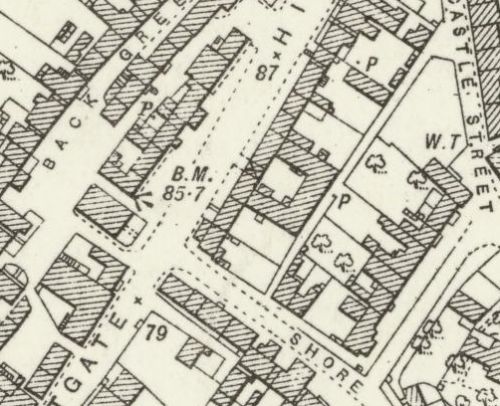 Map of 1893 showing the layout of the Crail Brewery
© National Library of Scotland, 2016