Successive generations of the Sharp family were involved in the Blackford Brewery, which they acquired at the end of the 18th century.

The business was initially run by James Sharp, and in 1830 his sons Robert and Daniel succeeded to the business and formed the partnership of R. & D. Sharp, which built a strong reputation for its high quality ales.

Parts of the Blackford Brewery dated back to 1610, and it is believed that brewing had taken place on the site over a hundred years before that. 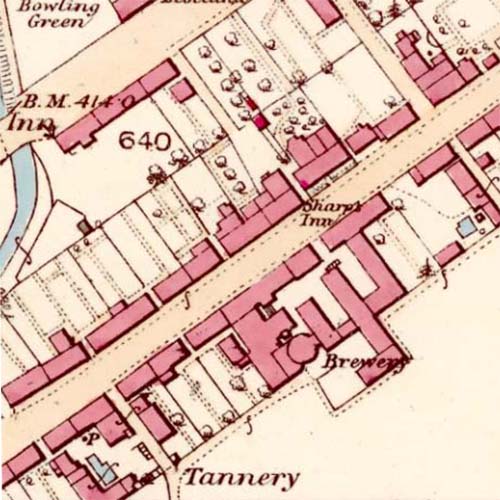 Map of 1863 showing the location of the Blackford Brewery
© National Library of Scotland, 2016

Barnard, A. (1889) The noted breweries of Great Britain and Ireland. London: Joseph Causton.