David Cameron took on the Laurencekirk Brewery in 1884 when James Donald, his partner in Donald, Cameron & Co, died.

His business survived until 1944, a remarkable achievement given that almost all other Scottish country brewers had folded by the end of the First World War.

David died in 1944 and the business was converted into David Cameron Ltd in 1945.

The trademark consisted of two shields, with a bushel of barley on one, and a "dexter arm embowed in armour, the hand grasping a sword" on the other (this was the old Clan Cameron crest).

Amongst the beers produced by the company were Imperial Stout, India Pale Ale and Table Beer. 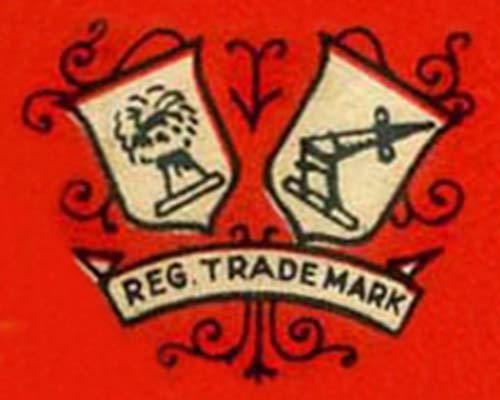 We have a number of images related to David Cameron, but would welcome any other information or images linked to his business. 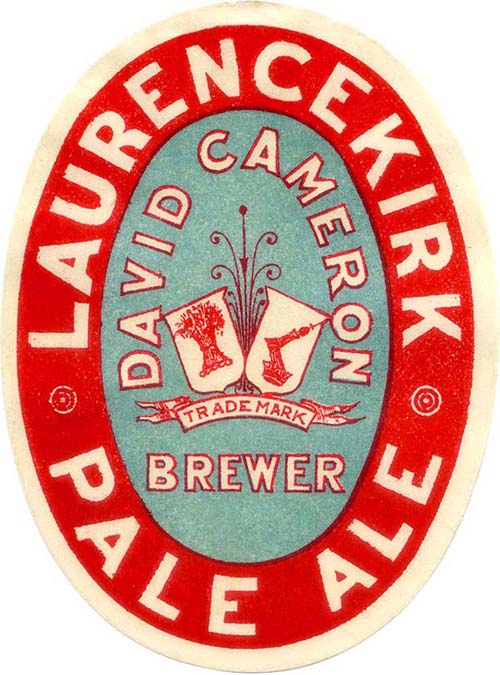 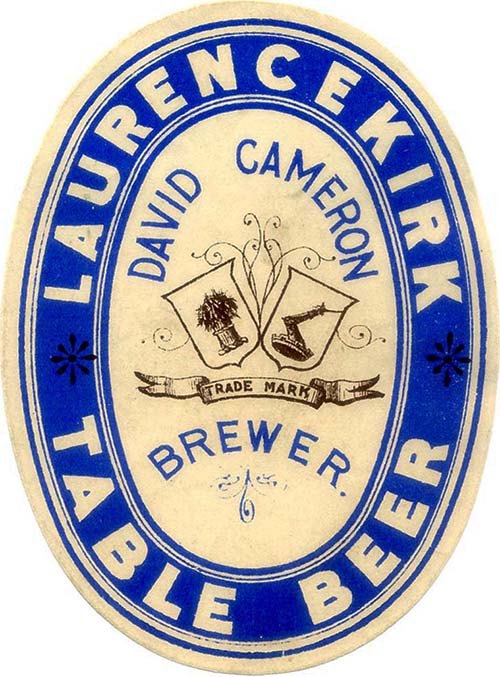 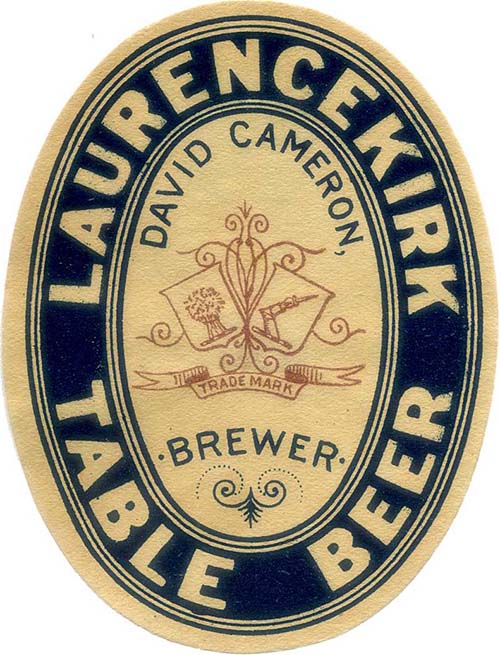 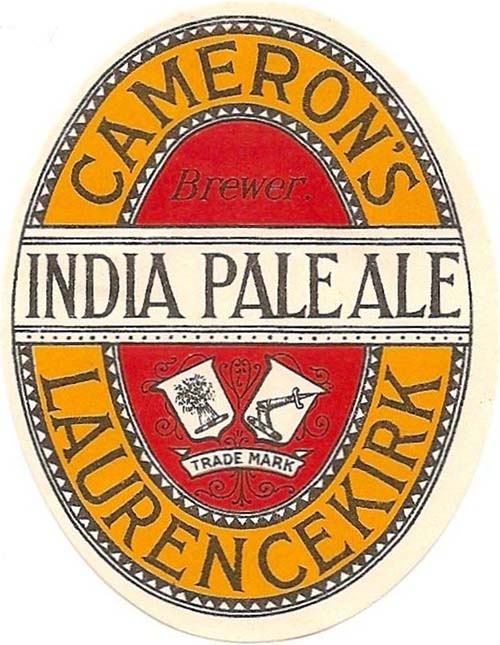 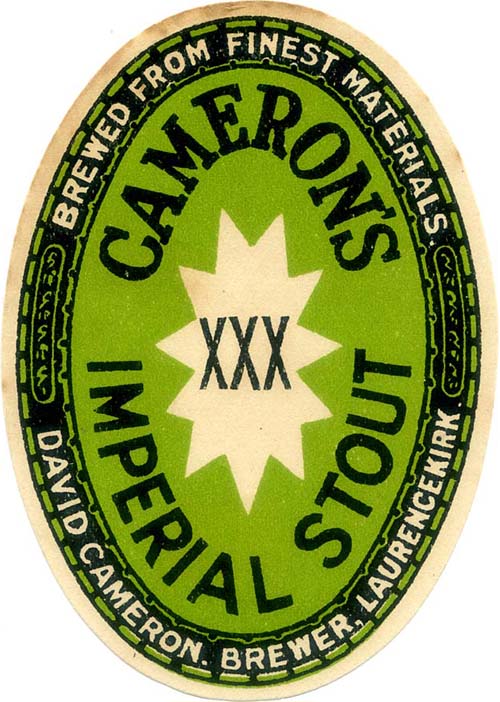 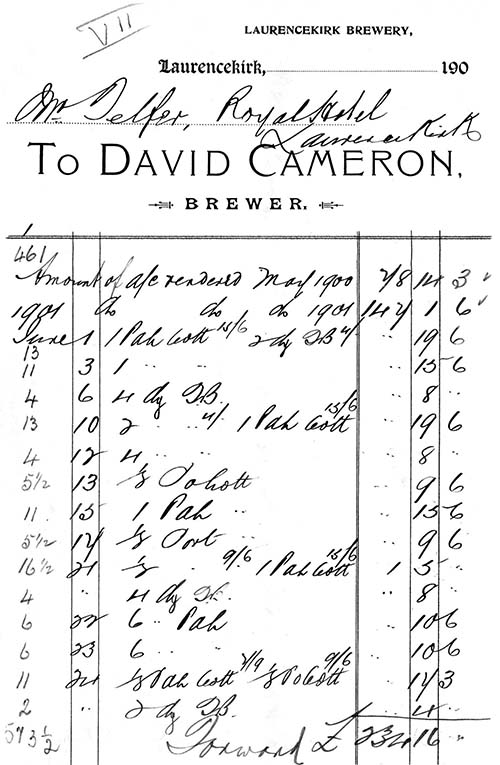 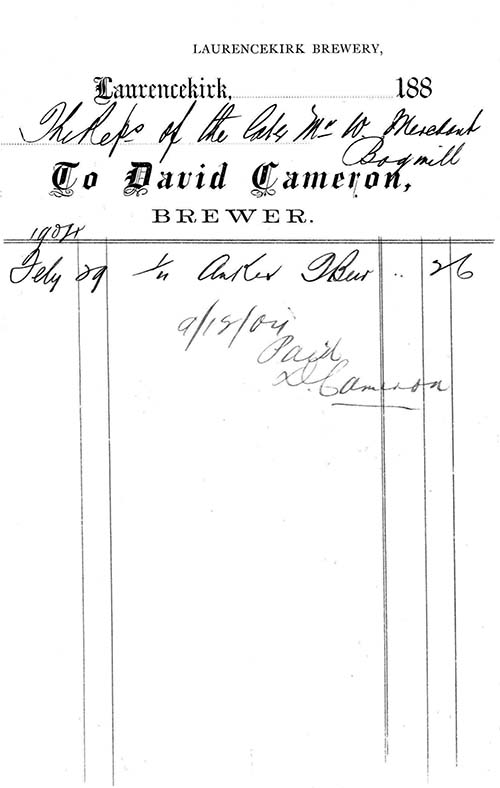 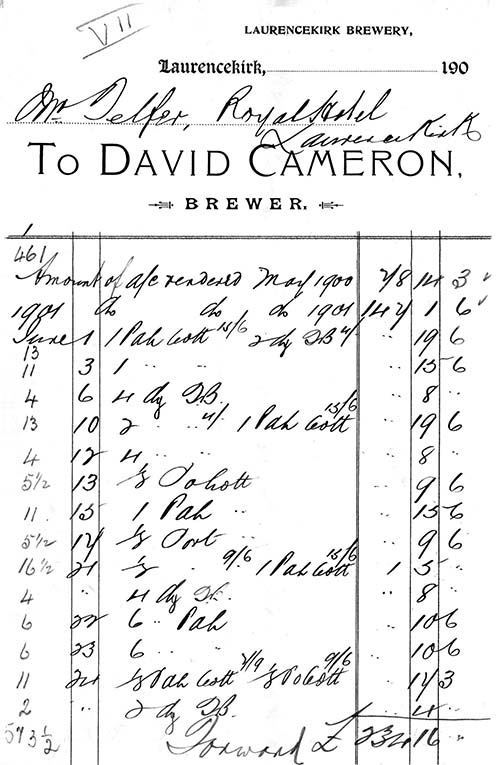 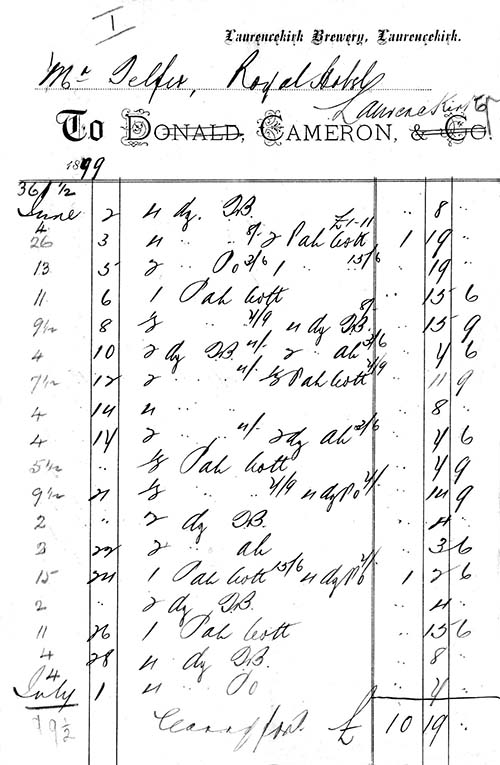 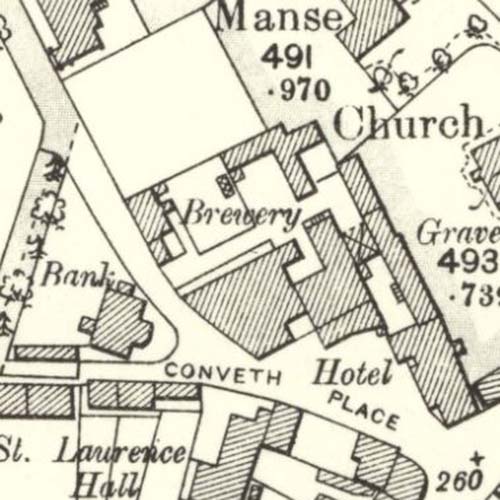 Map of 1901 showing the Laurencekirk Brewery
© National Library of Scotland, 2015