The partnership of Nelson & Co would appear to have been formed after John Nelson died in 1870.

David Gibb, who had been a drayman in the Laurencekirk Brewery, married Elizabeth Nelson, one of John Nelson's daughters, and was described as having succeeded to the business on John's death. In 1871 David was described as a brewer employing four men, by which time three of John's sons - James, Robert and Thomas - were also involved in the business.

However, in 1875 the brewery was sold to Patrick Dickson, and the partnership was dissolved the following year. The brewery was then let to James Donald and David Cameron, who traded as Donald, Cameron & Co.

We do not currently hold any images of items related Nelson & Co, and would welcome any information or images related to the company. 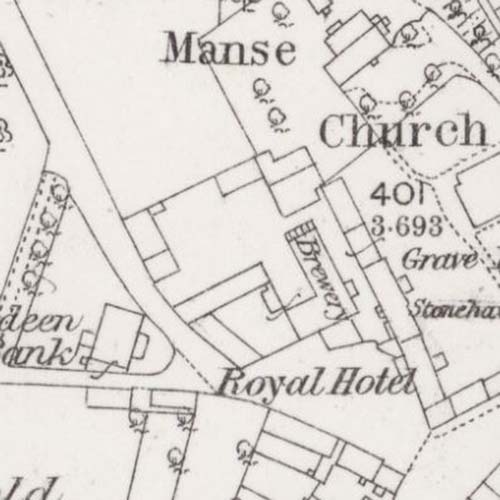