The Little family were associated with brewing in Annan from at least 1801, when Andrew Little was described in the Annan Parish Census as "living at Brewarie".

William and George Little were operating from the Annan Brewery from at least 1819, which is shown as "Messrs Littles Brewery" on a map of 1826.

By 1836 the brewery had been taken on by the partnership of Gass & Hope.

We do not currently hold any images of items related to William and George Little, and would welcome any information or images related to their business. 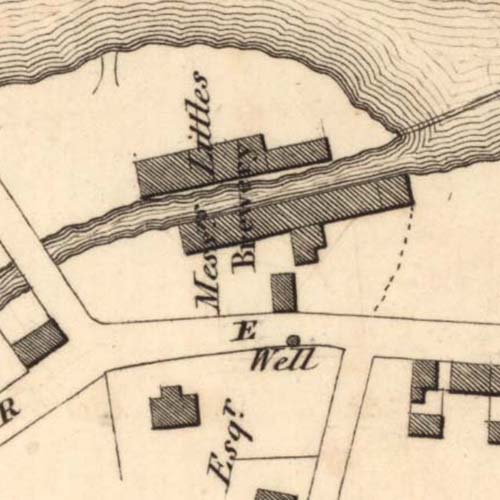 Map of 1826 showing the Annan Brewery
© National Library of Scotland, 2015