J and A Davidson

John Davidson and his brother Andrew "began business as brewers, in a small way, with a shop in Market Street and other premises in Duke Street".

As the business expanded it established duty paid warehouses which could hold 10,000 gallons of spirits, as well as a bonded store in Leith.

Following the deaths of John and Andrew in the 1840s the business was carried on by John's three sons - James, George and Andrew.

Around 1865 they acquired the Coldstream Brewery off Market Place.

All three brothers died unmarried, and the business reverted to their sister Agnes, who became the sole partner.

The business continued to expand to do business "all over Great Britain, the Colonies, Russia, France, India and Africa".

After Agnes died in 1912 the business was run by a Board of Trustees until 1913, when a new partnership was created by Bernard Constable Maxwell and William Robert Robertson, who carried on the business under the same name.

The business was then converted into a limited company in 1918 - J. & A. Davidson (Coldstream) Ltd. By this time it had acquired the trade of W. B. Thomson Ltd, who had been brewers in Blackford, and wine and spirits merchants in Perth. 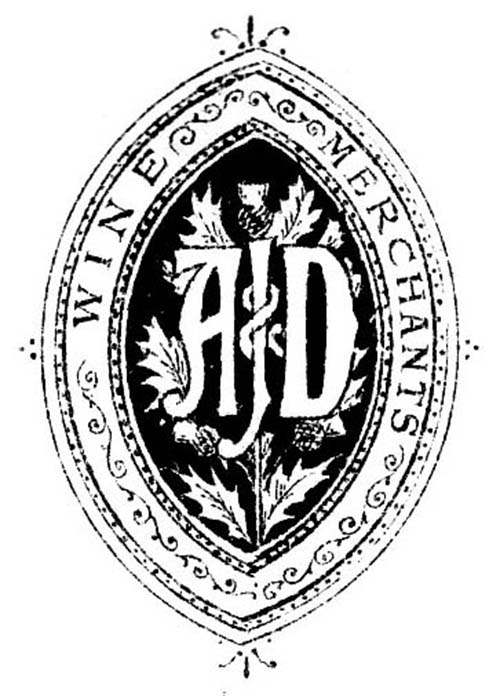 The Coldstream Brewery was founded in the second half of the 1790s and had passed through the hands of a number of partnerships before being bought by J. & A. Davidson.

We have a number of images related to J. & A. Davidson, but would welcome any other information or images linked to the company. 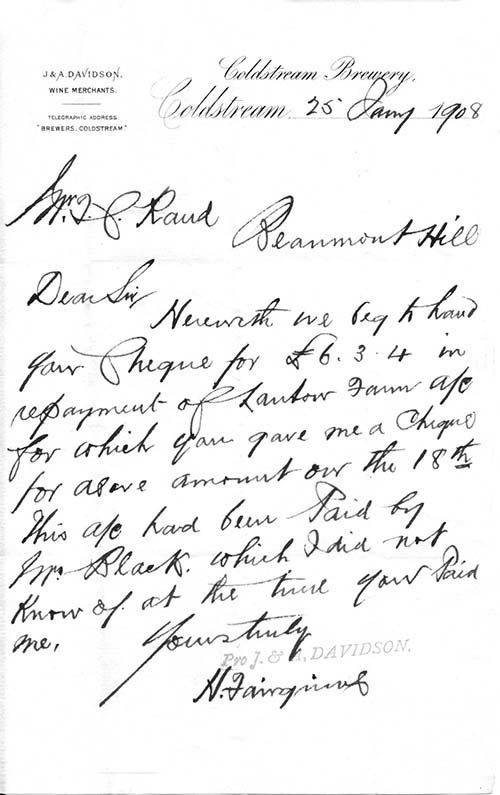 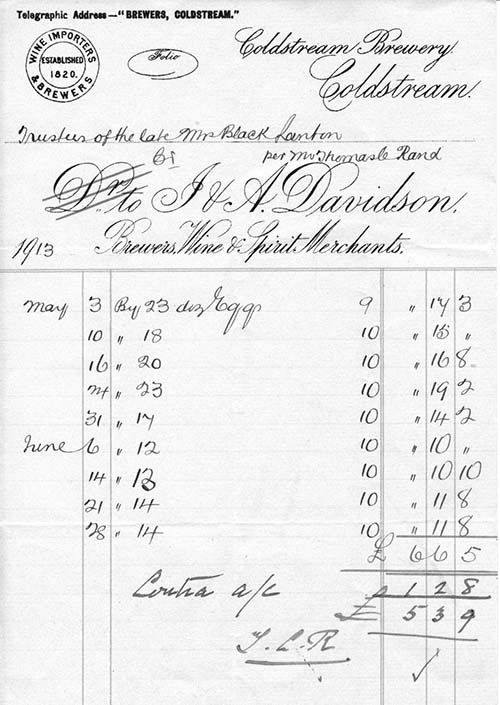 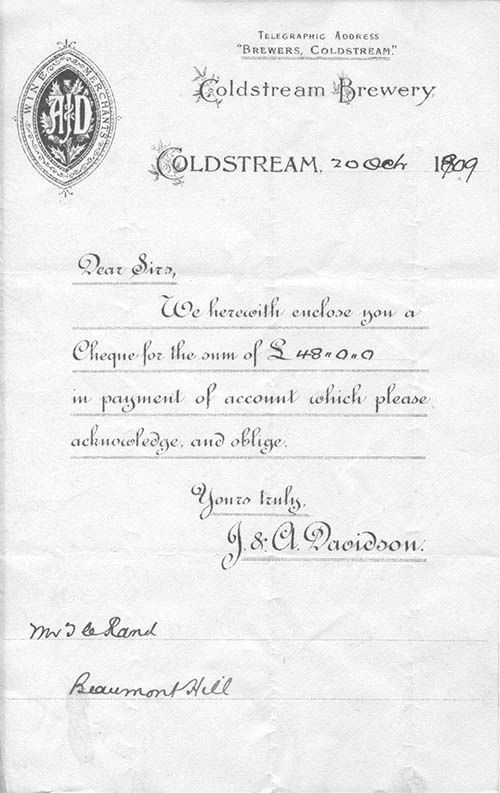 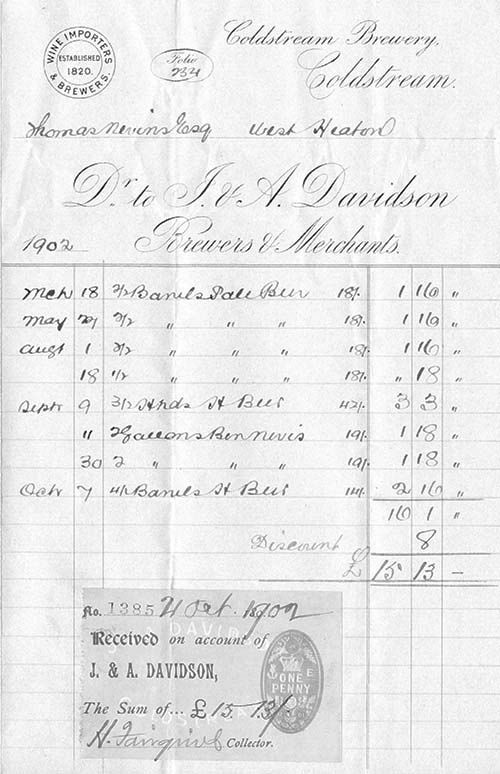 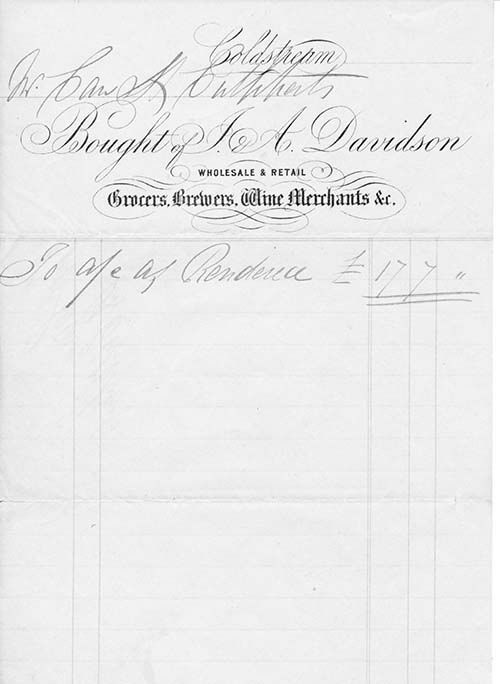 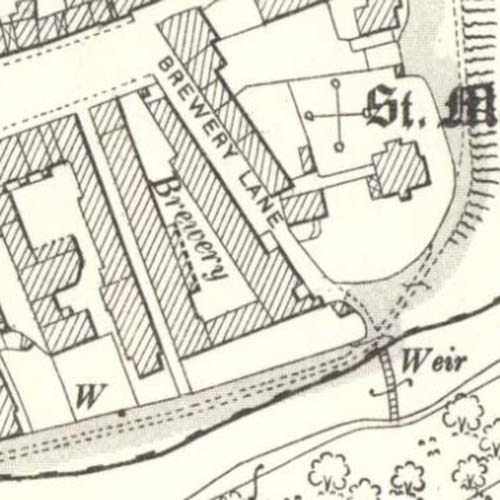 Map of 1896 showing the Coldstream Brewery
© National Library of Scotland, 2015