Business: J and A Christie

The Abbey Brewery was advertised to let in 1838 when it was described as having "been occupied as a brew seat for nearly a century".  At that time it was owned by John Christie, a local farmer at Holton. It was tenanted by his sons James and Andrew, who traded as J. & A. Christie, from 1858 to 1869. When the partnership was dissolved in 1869 Andrew Christie carried on the business on his own account until about 1873, when the plant was offered for sale. By this time ownership had passed to John's widow Lillias, and on her death it then passed to the eldest son, William. It remained vacant until 1889, after which it was no longer recorded as a "brewery and malt barns". 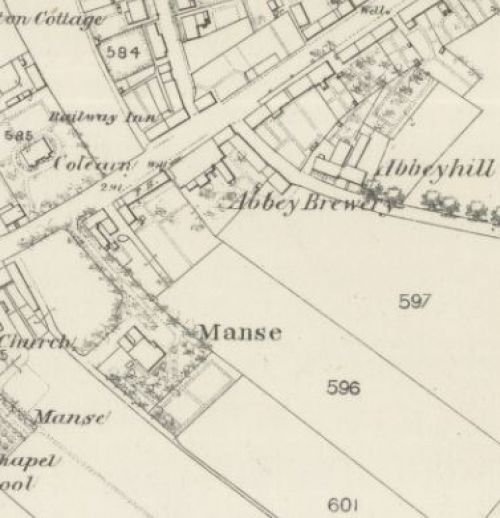 Map of 1861 showing the location of the Abbey Brewery
© National Library of Scotland, 2016

Sadly we do not have a picture of the Abbey Brewery. Please contact us if you have one!

Some of the brewery buildings still stand, as does "the fine two storey house" to which it was attached.