Bryce Wright was a plumber in Stranraer who acquired the Newton Stewart Brewery from Ludovic McLaurin, who had offered the brewery to let in 1854. Bryce was recorded as the owner occupier in 1855, and carried on the two businesses until he died in 1863. The brewery came under the control of the trustees of Bryce Wright's estate, and it was let to W. T. Solomon & Co until it was offered for sale in 1880, when William Thomas Solomon was able to buy it on his own account.

The Newton Stewart Brewery was located on the Gorbals (later named King Street) by the river Cree. Some of the buildings still stand including, "the commodious dwelling-house", and have been converted to residential properties.

We do not currently hold any images of items related to Bryce Wright, and would welcome any information or images related to his business. 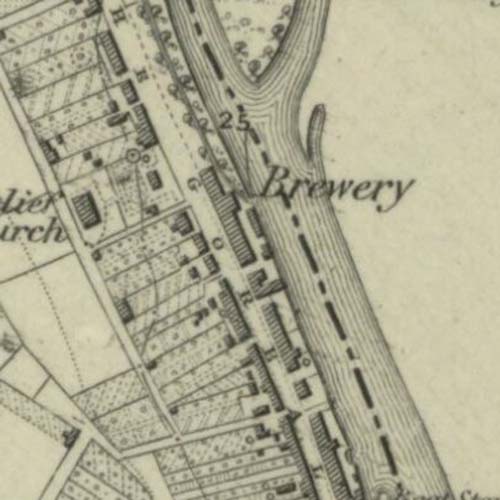