John McWilliam junior, was the grandson of James Davitts and was involved in the Gatehouse Brewery from at least 1825, when he was recorded in Pigot's Director; he probably replaced a Mr Archibald. In 1834 he bought additional land around the buildings from Alexander Murray, James Murray's heir. By 1837 he was no longer recorded as a brewer in Pigot's Directory. It is probable that the business was taken on by Andrew Kirk, who was listed in the 1841 census.

We do not currently hold any images of items related to John McWilliam, and would welcome any information or images related to his business. 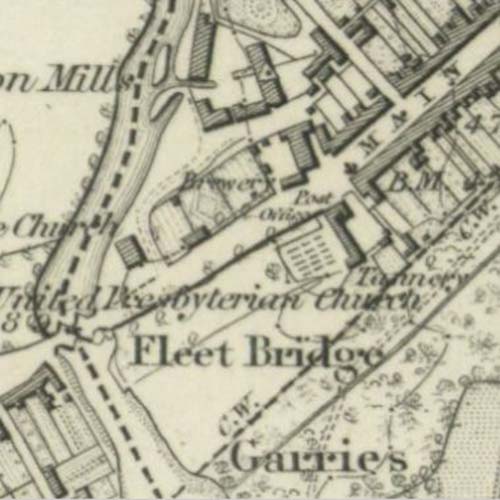 Map of 1849 showing the Gatehouse Brewery
&