The Craigellachie Brewery Co Ltd was registered in 1895 (Scottish Company No 2944) with a proposed capitalisation of £10,000.

When the brewery opened in 1897 the company's agents, Gordon, Graham & Co of Aberdeen, hired a special train with eighteen wagons to carry 350 hogsheads of Glenlivet ales (134,400 pints!) back to their stores.

Despite this publicity stunt, and the use of the name Glenlivet, the company was in difficulties very quickly.

The buildings have since been demolished and the site remains undeveloped. 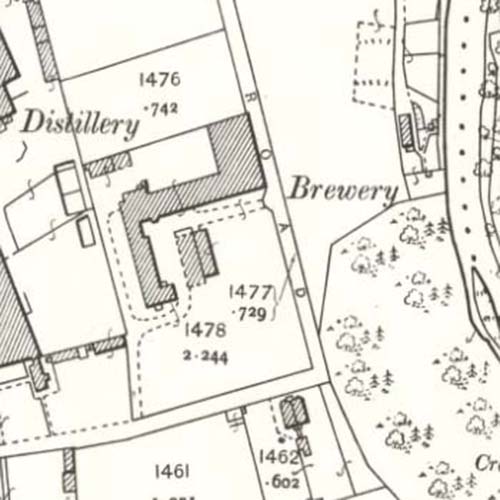 Map of 1902 showing the Craigellachie Brewery
© National Library of Scotland, 2015