The Nungate Brewery was built by Mark Binnie & Co, and started production in 1882. It was built on land adjacent to the former Nungate Distillery, by then a tannery, next to the River Tweed.

The brewery was initially known as the New Nungate Brewery to distinguish it from the earlier, and recently closed, Nungate Brewery that had operated in Bridge Street. A newspaper report described the brewery as "a substantial three storey structure equipped with the most modern machinery", which was capable of producing 200 hundred barrels per week. The 'modern machinery' included Morton's patent refrigerators and a five horse power Otto gas-engine, which pumped water from a well sunk on the site and  powered most of the other machinery in the brewery.

After the brewery closed the premises were acquired by Burns Coalston & Co Ltd, who owned the neighbouring tannery. The buildings were badly damaged by fire in 1969, and the site was acquired by the local council and cleared for a housing development. 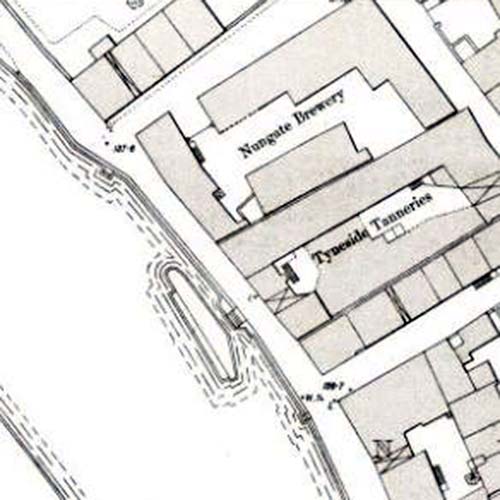 Map of 1893 showing the layout of the Nungate Brewery
© National Library of Scotland, 2016. 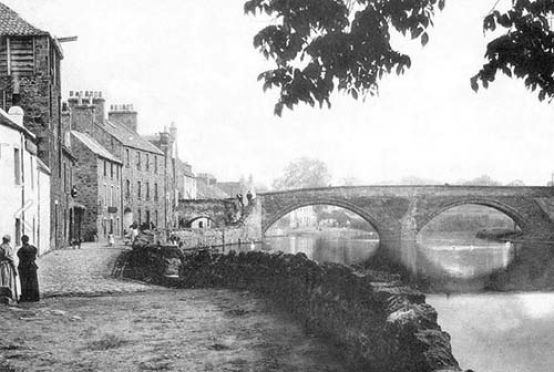 The white buildings that can just be seen on the left of this picture are part of the Nungate Brewery.

This view down the Tyne shows the housing development on the former brewery site. 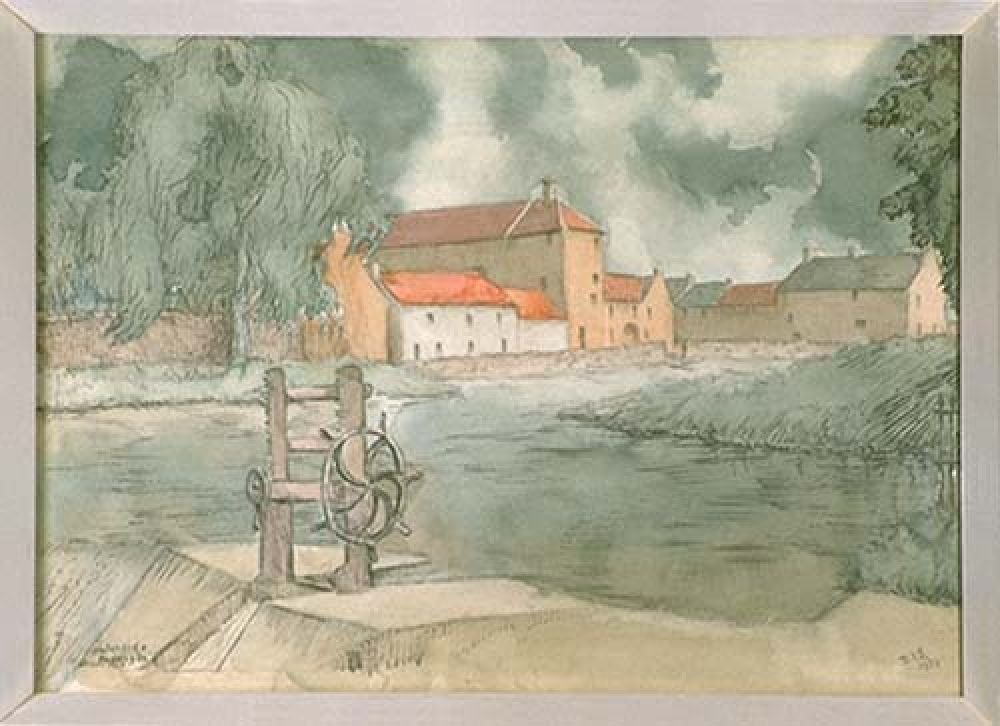 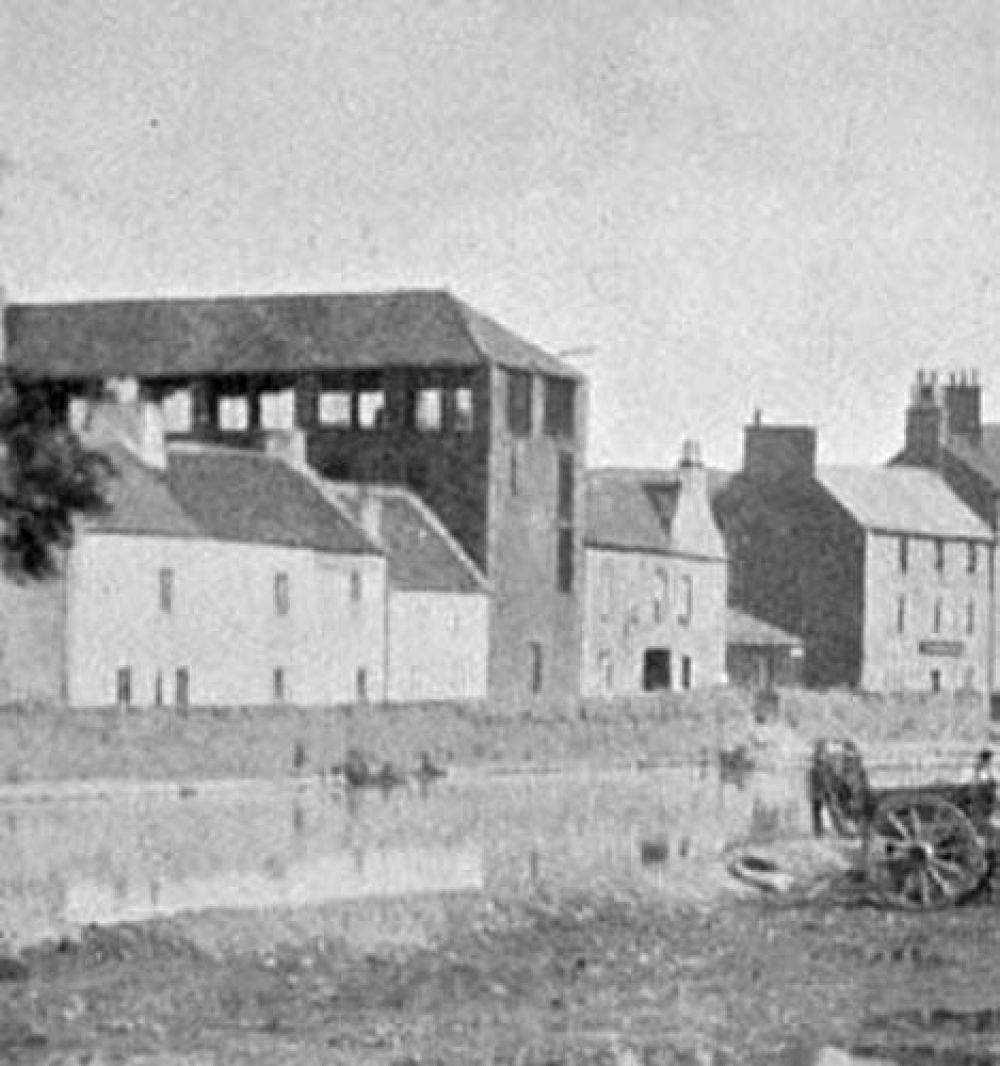 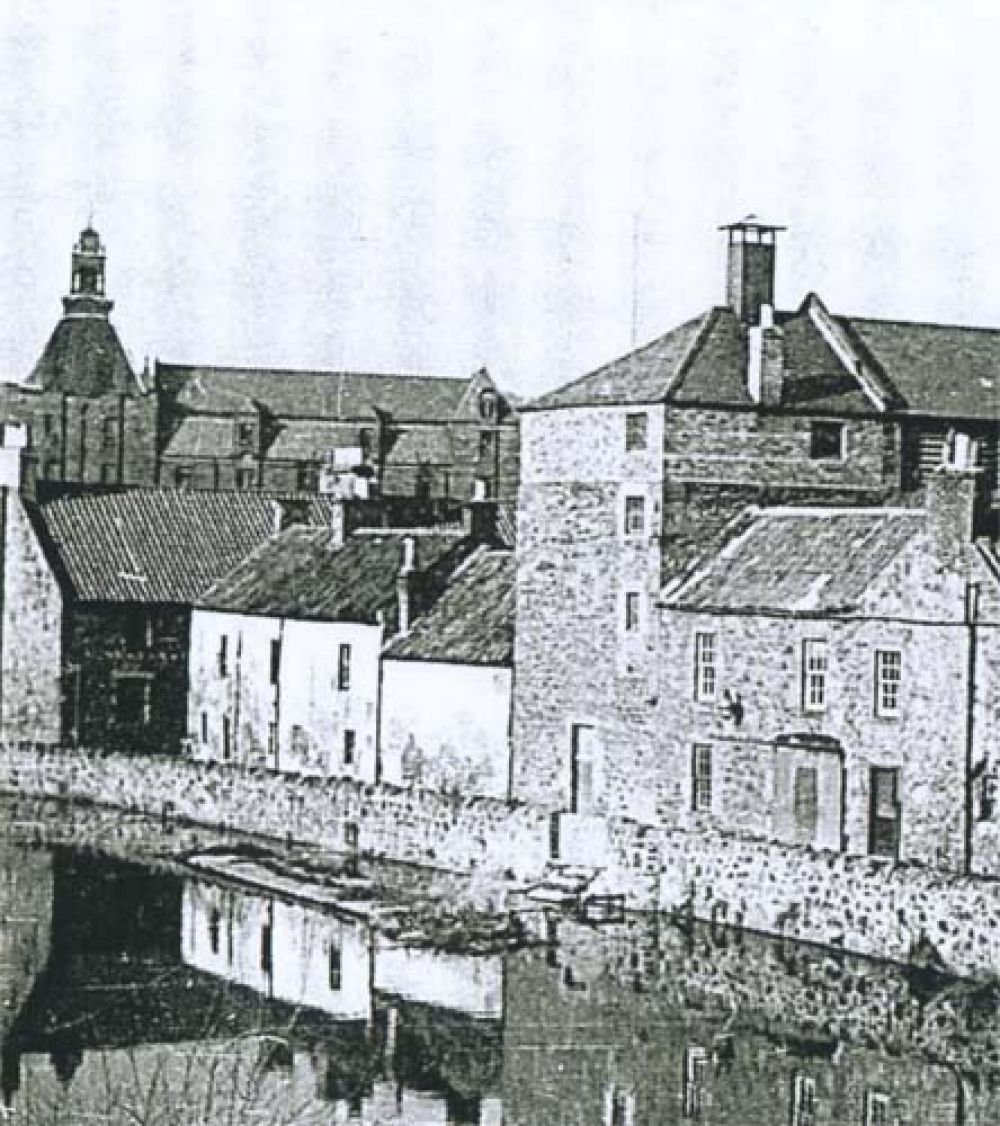 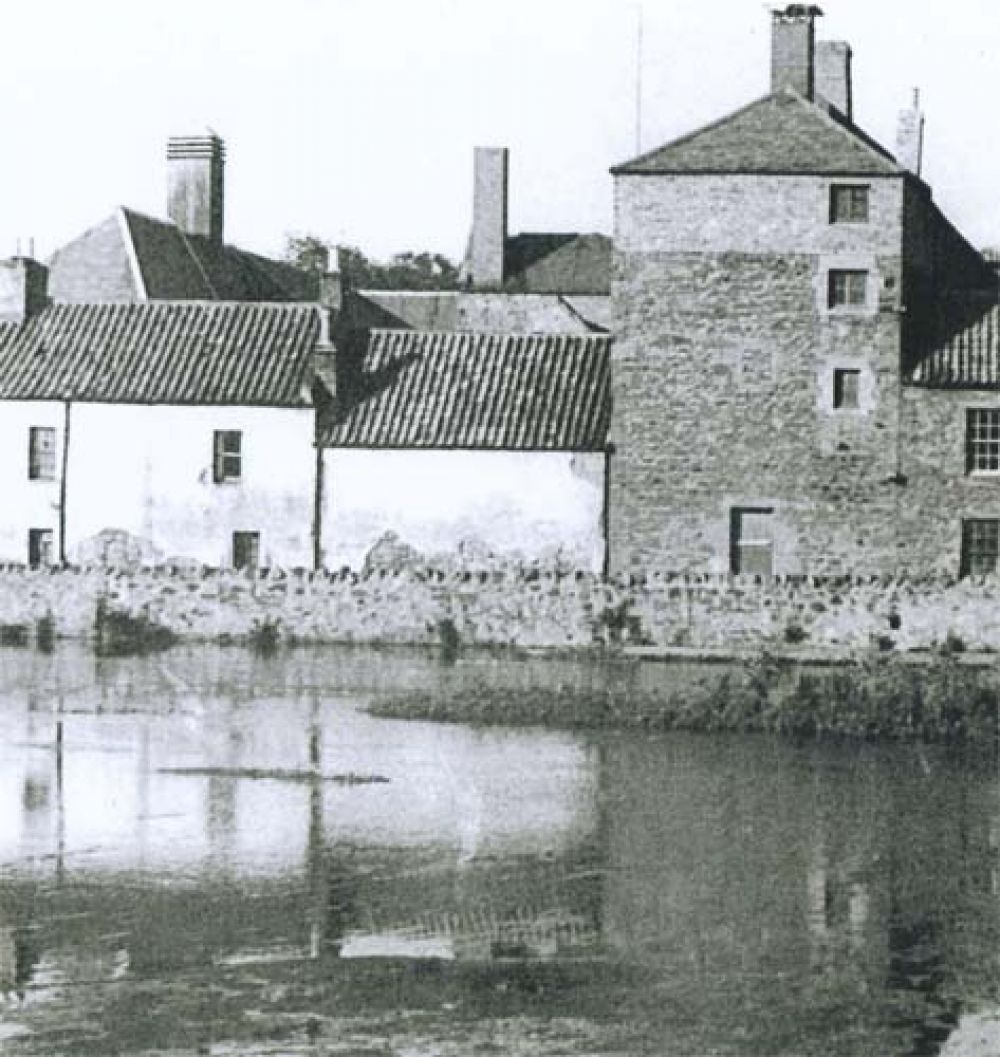 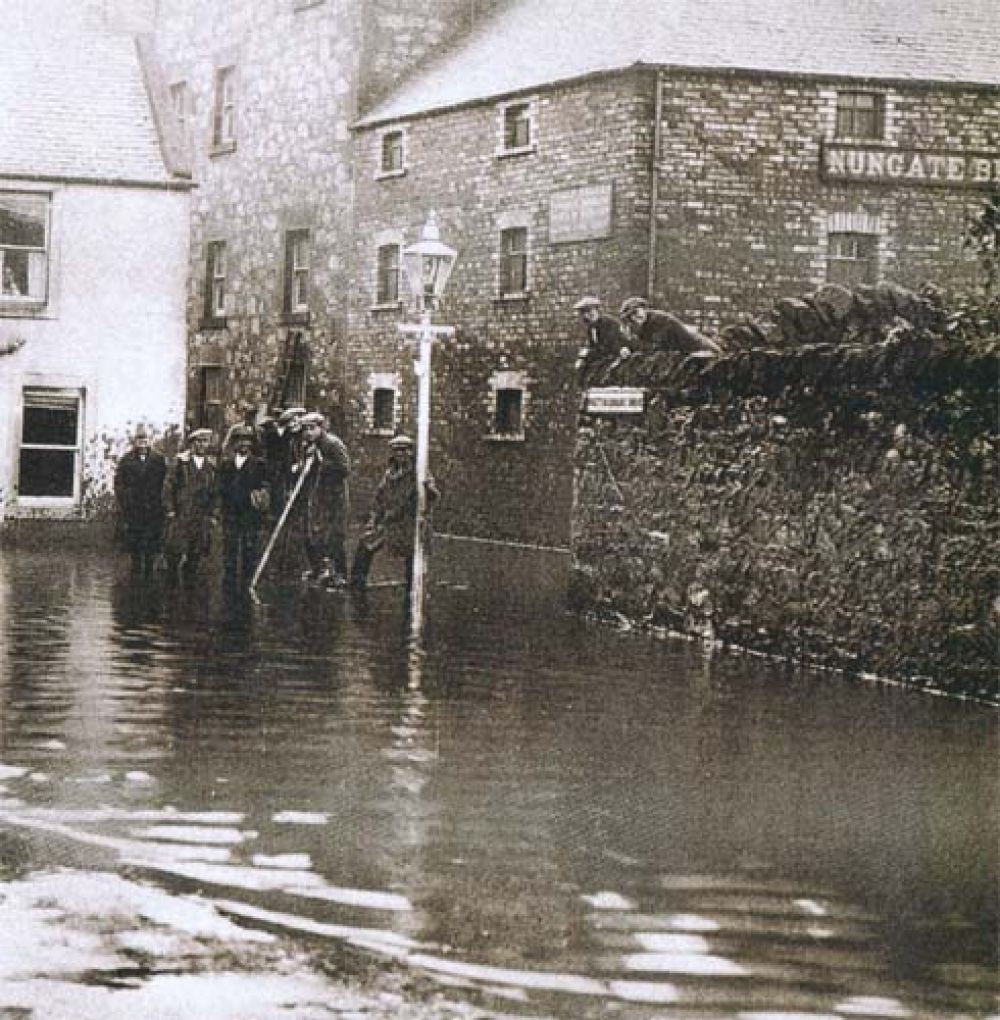