The Home Brewery was built by George Dalrymple on ground bordered by Burn Road (later Invernairn Street) and Great Eastern Road. It was extended in 1895 to plans by the well known brewery architect Peter Lyle Henderson, and consisted of "buildings one and two storeys high, around a small courtyard".

The brewery was sold in 1897, following the death of George Dalrymple in 1896, and the business carried on under the trading name of George Dalrymple & Co until 1898. It then became part of Gordon & Blair Ltd, which was formed in 1898 to merge the Edinburgh brewing business of Charles Blair and the Glasgow wine and spirits business of James Gordon.

Brewing ended at the Home Brewery in the 1920s after which the site was used for bottling and distribution until its sale to Maclachlans Ltd in about 1939. It was then used as a depot until Maclachlans Ltd were taken over in 1960. 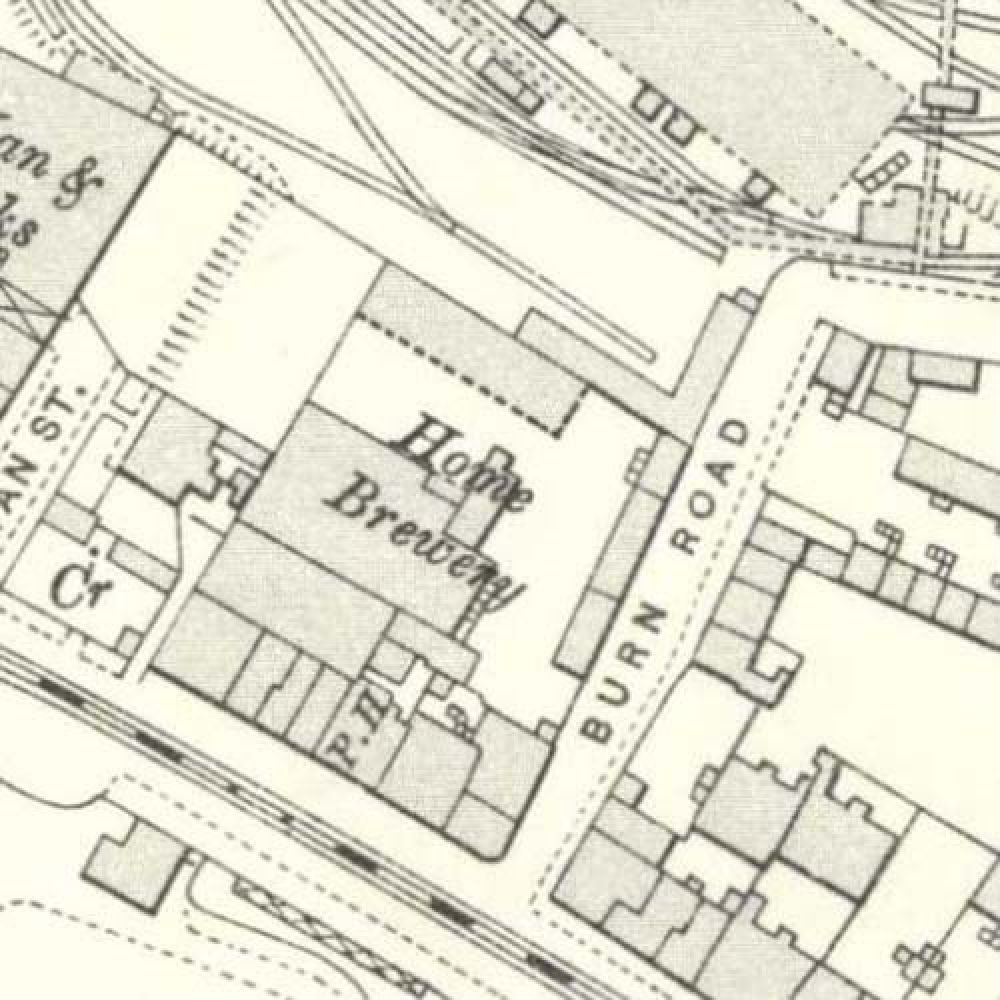 Map of 1893 showing the layout of the Home Brewery
© National Library of Scotland, 2015 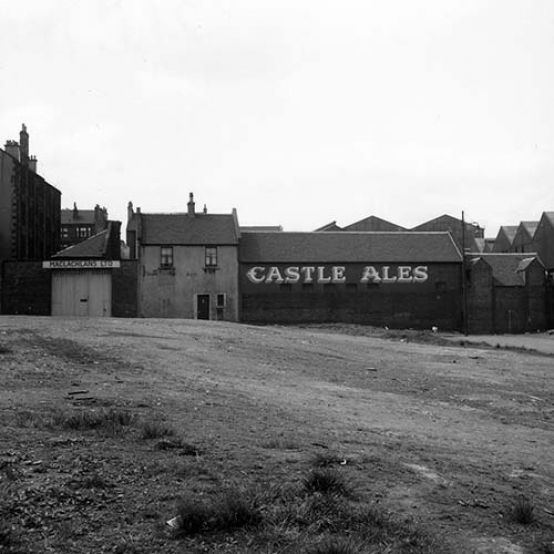 This picture shows part of the Home Brewery site after it was acquired by Maclachlans Ltd, whose Castle Ales are prominently advertised.
© John Hume, 2015

The former brewery site lies under part of the Forge shopping centre and car park. 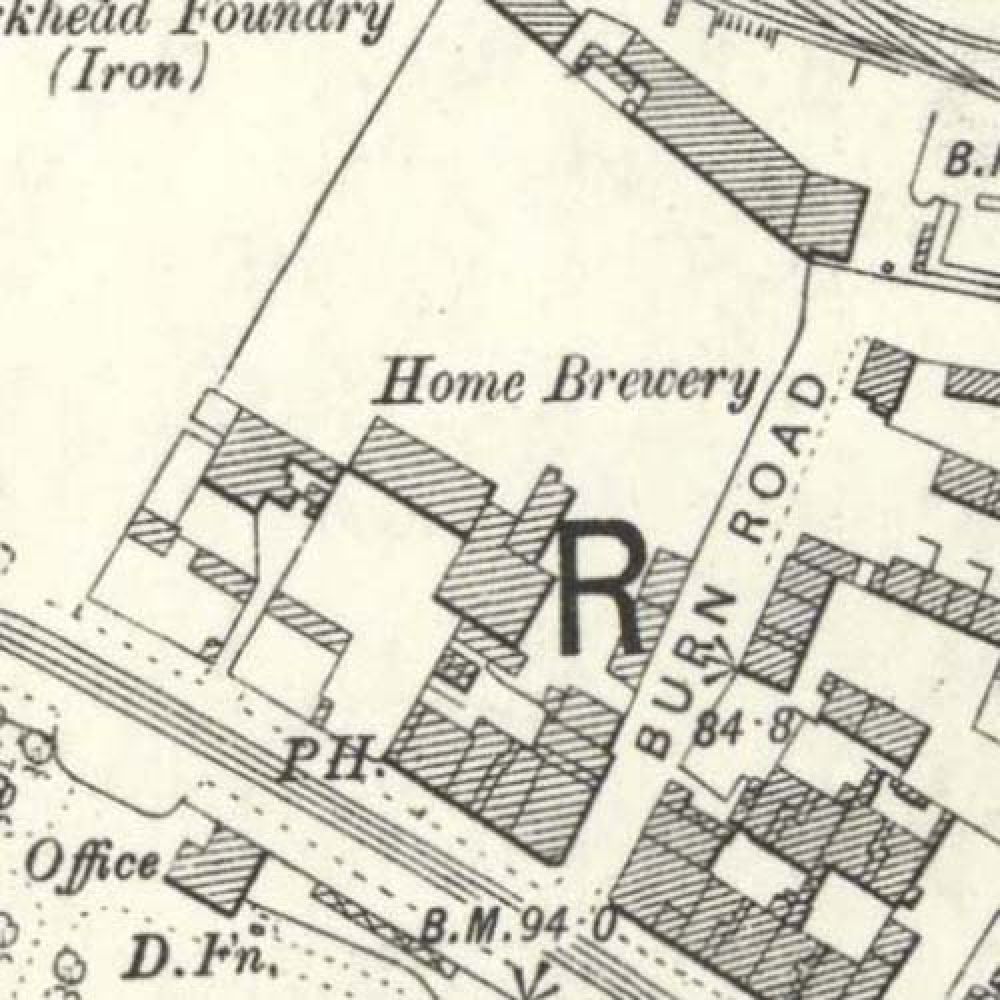 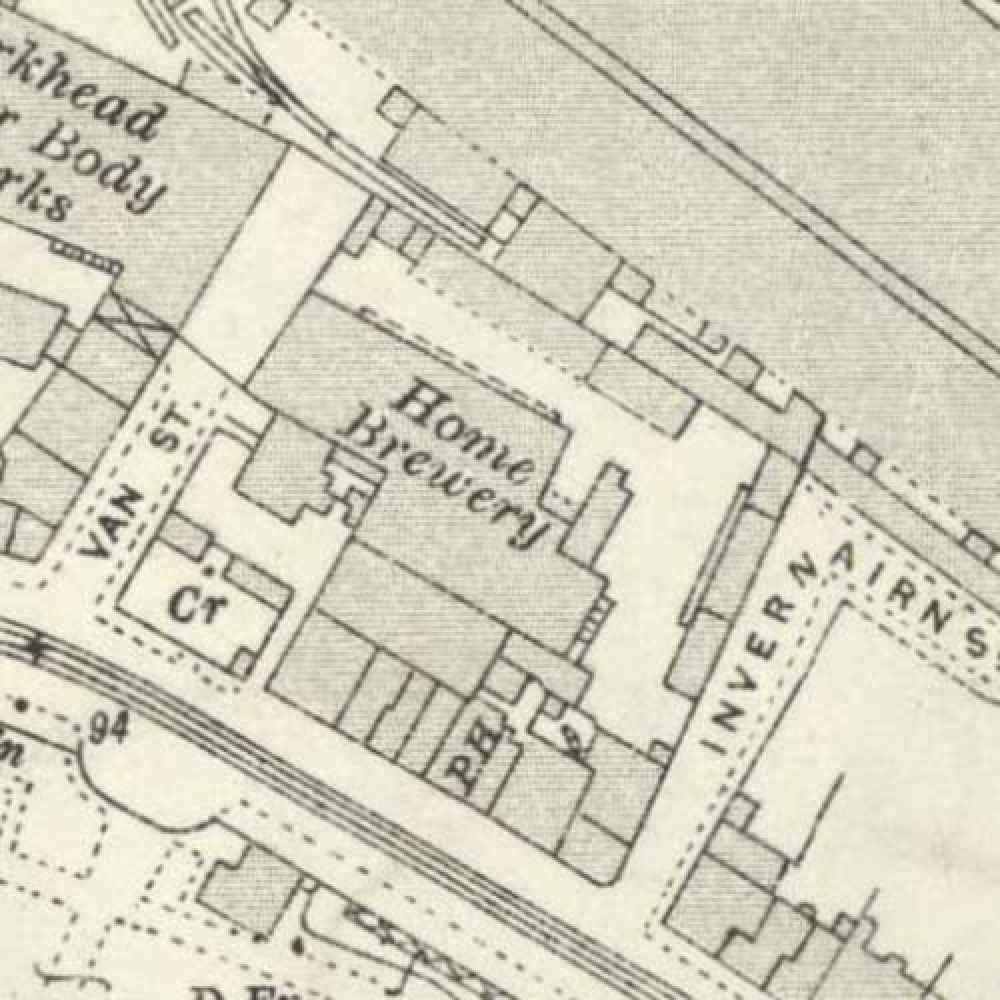 Canmore has a record relating to the Castle Brewery. Last accessed 19th July 2016.